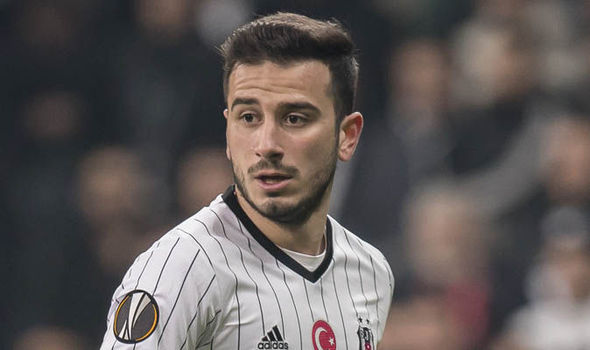 The 25-year-old playmaker is out of contract at the end of this season and the Toffees are hoping to sign him on a free transfer.

Besiktas have failed to agree on an extension with the player so far.

As per the reports (translated by SportWitness), the former Arsenal midfielder is holding out for wages of around €2.5m a season and Everton are prepared to meet his demands.

It will be interesting to see whether the player decides to join the Merseyside club now. A move to the Premier League would certainly be a step up for him and Everton could be the ideal club. Apparently, the player is keen on a move to England.

Everton could certainly use more creativity in their midfield and Ozyakup would be a superb signing especially on a free transfer.

The report adds that the likes of Newcastle and West Ham could compete with Everton for Ozyakup’s signature.

Whoever ends up signing the 25-year-old this summer will have pulled off a massive bargain. Signing a player of Ozyakup’s talent for free, in this market, will be a masterstroke.