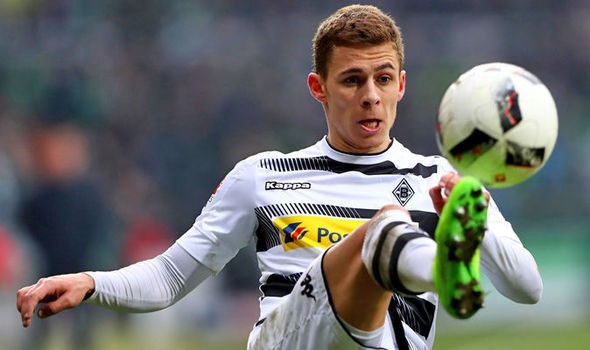 Everton new boss Marco Silva has stressed the importance of bringing flair football back at Goodison Park. But in order to do so, he needs the right profile of players to execute such free flowing attacking football.

With that in mind, Everton should consider making a move for Eden Hazard’s brother, Thorgan Hazard, in the summer transfer window.

According to a recent report from Spanish media outlet Mundo Deportivo, La Liga outfit Valencia are lining up a €30 million (£26.2 million) move for the highly talented Borussia Monchengladbach attacking midfielder.

The 25-year-old enjoyed a fantastic 2017-18 campaign with the Bundesliga club, where he scored 11 goals and further registered nine assists in all competitions.

The best part of his game is his versatility. Generally preferring to play on the left-midfield side, he is equally comfortable playing on the right, as a no 10, and often as a lone forward.

A typical modern day complete package, he is good at passing, and taking free-kicks. With an eye for creating chances for others, he gets into a good scoring position everytime – a quality Silva should appreciate.

For the price quoted, Everton have the opportunity to land a real bargain given how ludicrous the inflated transfer market is at the moment. The Toffees must not miss out on the opportunity, as he will be a terrific signing for the club.