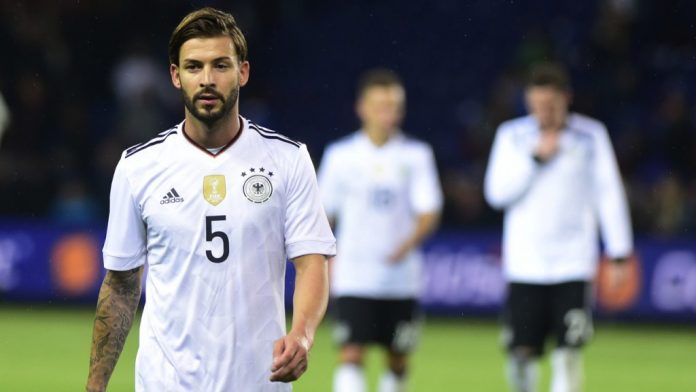 Everton are hoping to sign the German international Marvin Plattenhardt after the World Cup.

The Toffees are looking for a replacement for Leighton Baines and the Hertha star has been identified as a target.

As per the reports, Plattenhardt is focused on the World Cup right now and he will sort out his transfer once the tournament is over. The player’s agent will meet Everton in order to finalise the move once his client’s commitments with Germany is over.

Plattenhardt had a very good season with Hertha last year and he has earned his place in the Germany starting lineup ahead of the likes of Hector.

There is no doubt that he would be a superb addition to Everton if the Merseyside outfit can pull it off.

At 26, the German defender is at the peak of his powers and he will improve Silva’s side immediately.

Plattenhardt’s playing style should help him settle into the Premier League with ease as well. Furthermore, the Hertha star is a freekick specialist just like Baines.