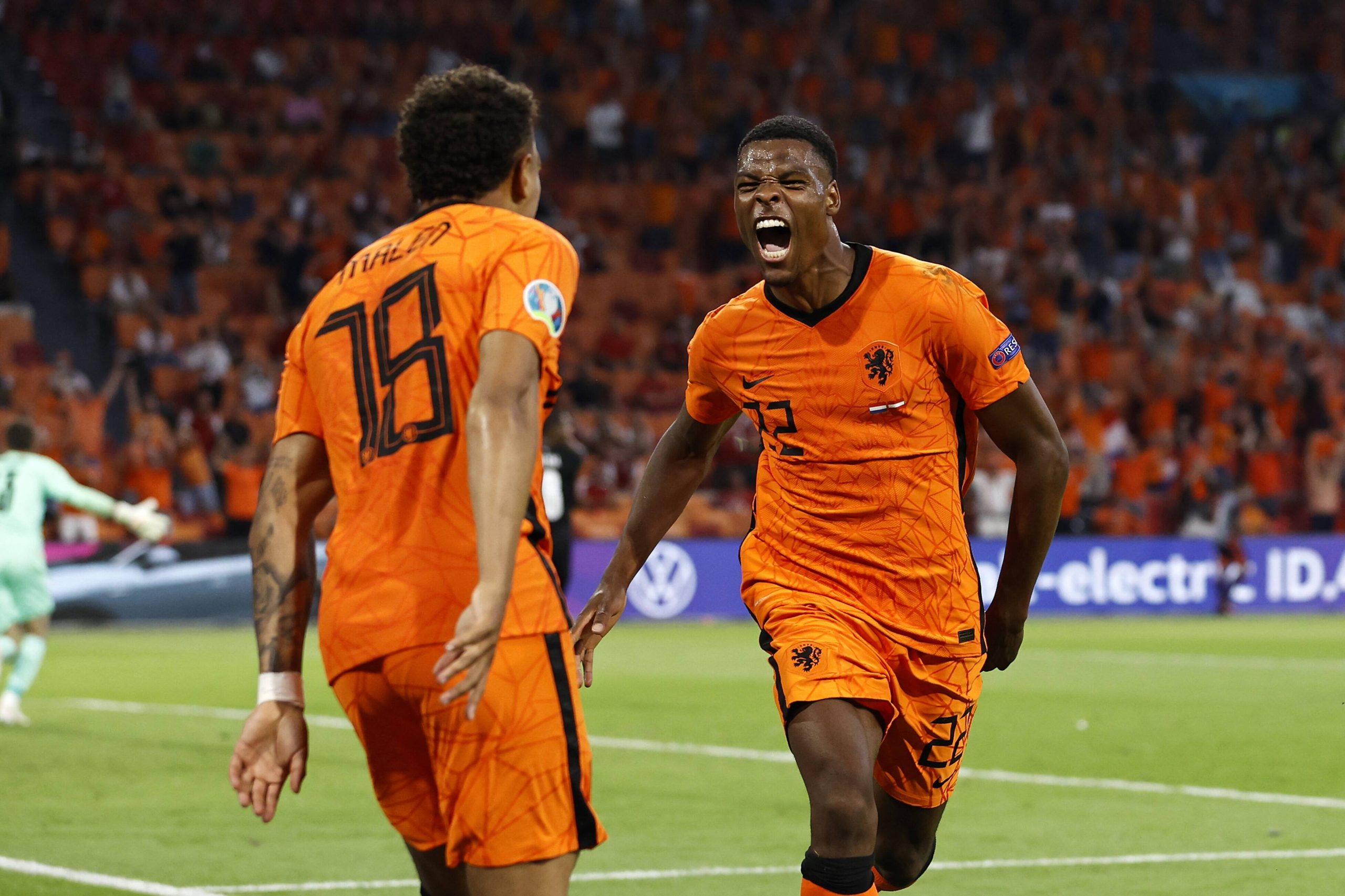 Netherlands defender Denzel Dumfries has attracted plenty of attention with his performances in the European Championships this summer.

According to Voetbal International, Bayern Munich, AC Milan and Inter Milan are keen on the player, while Everton hope to secure his services this summer.

The PSV Eindhoven star has showcased his ability at Euro 2020 and could be the ideal long term replacement for Seamus Coleman.

Dumfries scored the winner against Ukraine before adding another to his tally in the 2-0 win over Austria.

He also helped Netherlands keep another clean sheet in their final group game against North Macedonia.

Apart from his defensive abilities, the 25-year-old has also shown that he can chip in with vital goals during the tournament.

Given the amount of interest in the player, the Toffees will have to move quickly if they are to fend off the competition.

Dumfries has two years left on his contract in Eindhoven, and PSV will look to sell him for a premium.

The opportunity to join one of Europe’s big clubs will probably be more tempting for Dumfries, and Everton may find it difficult to lure him to the Premier League.

The club are yet to appoint a replacement for Carlo Ancelotti, and the uncertainty over their managerial situation could also impact their hopes.