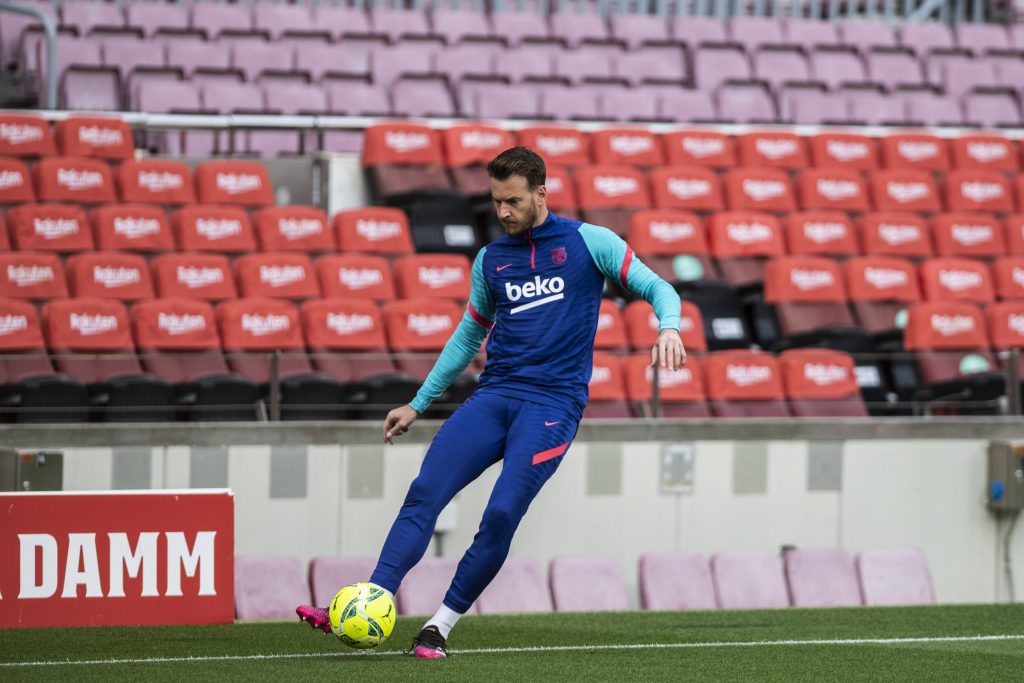 Everton are interested in signing Barcelona goalkeeper Neto at the end of this season.

The Brazilian is expected to leave the Spanish club in the summer and will cost around €16 million.

According to Sport, the player wanted to leave during the January transfer window, but Barcelona forced him to stay.

Everton need a quality goalkeeper and Neto would be a useful addition for them.

The Toffees have had to make do with Jordan Pickford and Robin Olsen this season, and both keepers have proven to be error-prone.

Carlo Ancelotti needs to upgrade in that position if he wants his side to fight for European qualification next term.

Neto has struggled to hold down a regular starting berth at the Spanish club, with Marc-Andre ter Stegen ahead of him.

He will be determined to play regular first-team football next season, and a move to Everton could be the ideal step in his career.

The Toffees desperately require a reliable keeper, and the 31-year-old needs regular game time in a competitive league.

The transfer would benefit both parties, and the Premier League side may be willing to shell out the reported asking price.

The fee could prove to be a bargain if Neto adapts to the Premier League and recaptures his sharpness with the Toffees.

Read: Neto is not the only Barcelona player Everton are looking to sign this summer.