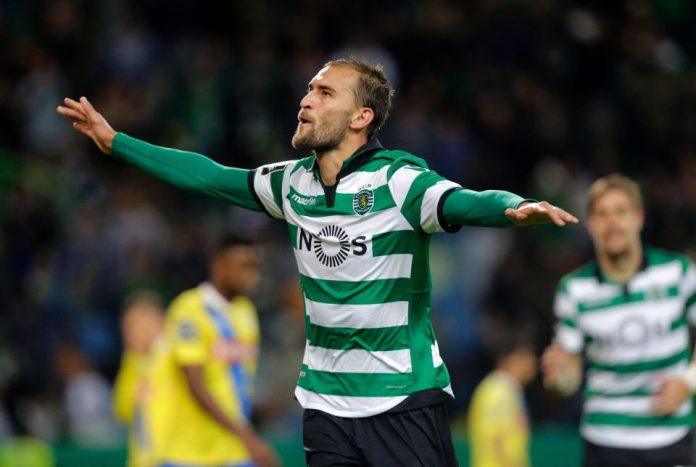 Everton are looking to sign a striker and the Merseyside outfit are thought to be interested in Bas Dost.

The Sporting Lisbon forward has been on fire ever since he joined the Portuguese outfit and Koeman wants him to fill Lukaku’s void at Goodison Park according to ESPN. The report adds that Everton’s director of football Steve Walsh watched Dost in action recently as well.

The Toffees never quite managed to replace Lukaku adequately and are paying the price for it. The Belgian was their best player over the last few seasons and his departure has left Everton toothless upfront.

Koeman’s side are currently 16th in the table and are crying out for some inspiration up top. Bas Dost would be a very good addition for them.

The 28-year-old is a proven goalscorer and he would fit Everton’s system as well. The likes of Sigurdsson, Klaassen and Rooney will benefit from having a target man ahead of them.

Dost has scored 41 goals in 49 games for Sporting Lisbon so far.

It will be interesting to see whether Everton make their move during the January transfer window. If they manage to secure his services this season, it could make a huge difference and help them finish in the top half.