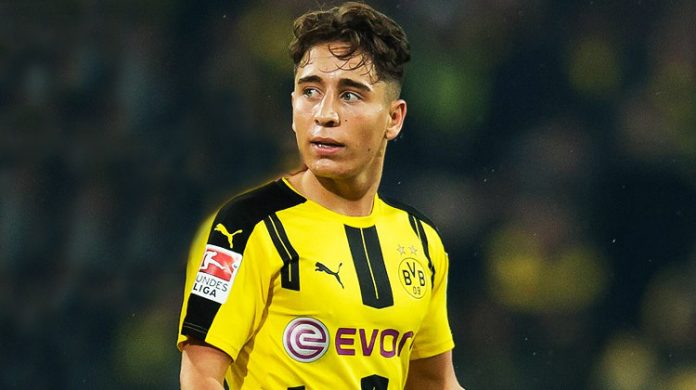 Everton’s hopes of signing winger Emre Mor have improved after Inter Milan pulled out of the race for his signature.

The Toffees are amongst a host of European clubs hoping to secure the services of the Borussia Dortmund player.

Mor’s agent told Turkish-Football that Inter’s interest in the player had cooled, but that his client has received offers from 14 unidentified clubs.

The 19-year-old made just 12 Bundesliga appearances last season and is keen to move on this summer.

According to Gazzetta dello Sport the two clubs have agreed a deal which could be worth up to £27 million.

Everton had targeted Kalinic as a replacement for Romelu Lukaku who joined Manchester United earlier this summer, but Blues’ boss Ronald Koeman will be forced to turn his attentions elsewhere.

One player on his way out of Goodison Park is veteran midfielder Gareth Barry.

The 36-year-old is set to join West Brom, with Sky Sports reporting he is due to undergo a medical today.

Barry missed Everton’s opening-day victory over Stoke because of an ankle injury, but this is not thought to be serious and should not prevent him passing Albion’s medical.

The England international moved to Everton back in 2014 after a successful loan spell on loan from City.