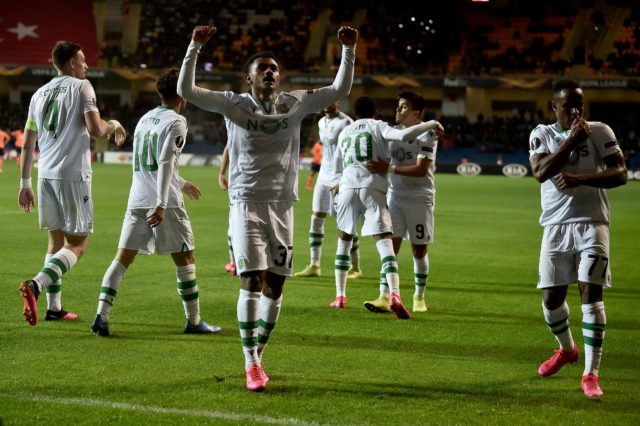 Everton have made the first move for Brazilian midfielder Wendel.

According to Goncalo Lopes, who is a very reliable journalist covering Portuguese football, the Toffees have submitted a bid in the region of £13.4m (€15m) for the midfielder.

Everton has already made his first offer for Wendel https://t.co/V4iQUvAoFo

The Toffees are looking to bolster their defensive midfield region in the next transfer window and have earmarked Wendel as a potential option.

The likes of Morgan Schneiderlin is expected to leave the club, and Wendel would be a superb addition to the side.

Cash-strapped Sporting are looking to sell some of their players ahead of the new season.

At the moment, the Brazilian is the only player they have with a high market value.

The global economic climate has changed and clubs around the world would struggle to spend big in the transfer market. Having said that, the money offered by Everton won’t be enough to secure the deal.

Sporting are demanding a fee in the region of £18m (€20m) for the midfielder.

Italian clubs Napoli and Fiorentina are interested in signing him, while French outfit Nice are also in the hunt for his signature.