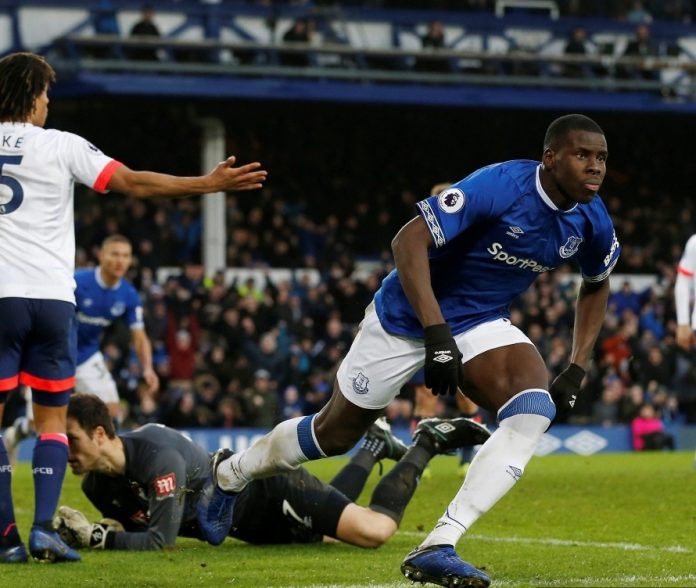 The first half started well for The Cherries as they looked the likely of the two sides to break the deadlock. A through ball from Junior Stanislas set up David Brooks, but the youngster saw his effort strike the post.

The Toffees’ continued to struggle to deal with Bournemouth, failing to get into the game for long periods.

Eventually things did improve for the hosts. Bernard heading over from an Ademola Lookman cross.

Bournemouth had a penalty appeal waved away after 37-minutes. Ryan Taylor’s cross looked to strike the arm of Lucas Digne, referee Anthony Taylor was unmoved.

Everton’s best moment of the half came just before the break. A good move involving Lookman and Seamus Coleman led to a Toffee’s corner. Michael Keane rose the highest, but saw his header hit the top of the crossbar.

Everton started the second half with fresh belief. Richarlison going close. The Brazilian headed goalwards before smashing the rebound against Nathan Ake on the line. A close goal, but the ball hadn’t completely crossed.

The Blues continued with their great start to the second half, and with an hour on the clock made the breakthrough. A Digne cross found Kurt Zouma to head home his first Everton goal, lifting the Goodison Park faithful.

The Cherries almost instantly responded. Ryan Fraser was fouled, but the ball found Josh King.  He raced away, but his shot could only find the side-netting.

Bournemouth needed to  react to have any hope of getting something out of the game. As the clock ticked towards ninety minutes, Richarlison was fortunate not to see red after catching Steve Cook with an arm to the face.

The visitors there everything at Everton, but in doing so left themselves vulnerable at the back.

Deep into injury time Everton made sure of the points. Lookman found Dominic Calvert-lewin, whose low effort put The Toffee’s 2-0 up, sending Everton fans happy.

Everton fans were quick to comment their thoughts about the victory on social media. 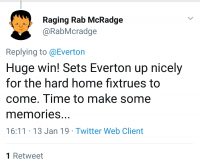 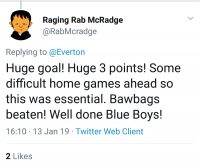 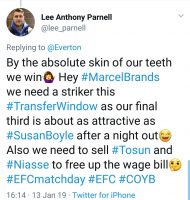