Everton defender Yerry Mina is yet to play for the Toffees but that has not stopped him from making an impression on the fans.

The former Barcelona defender’s latest Instagram post seems to have gone down well amongst the Everton fans.

Mina posted two images with Richarlison and Andre Gomes with a message that read: ‘Thank you God for allowing me to be in this wonderful club #EvertonFC’. 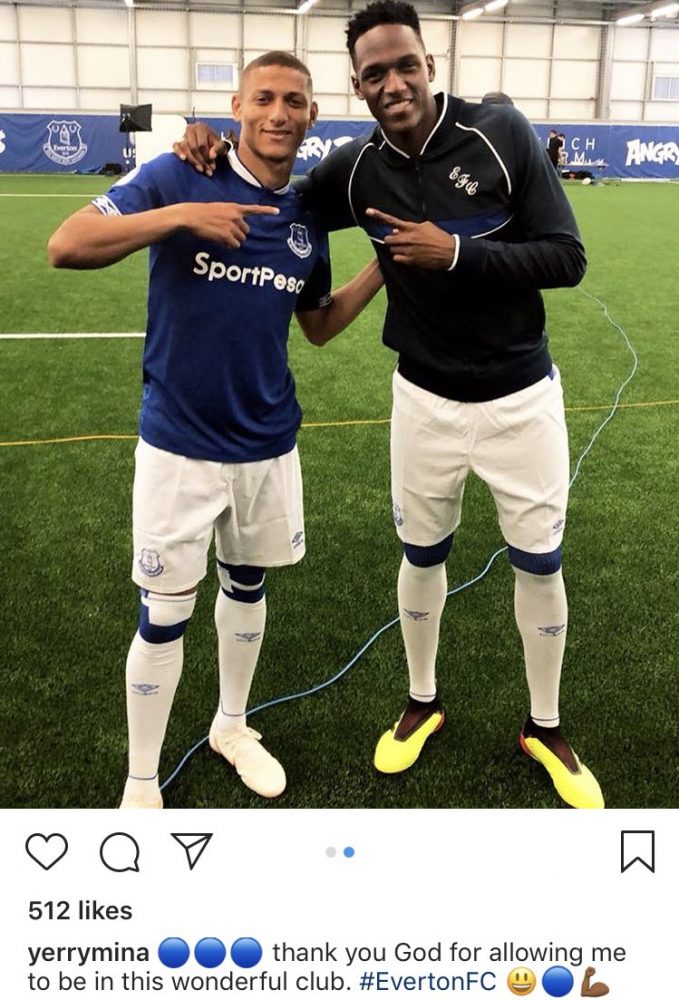 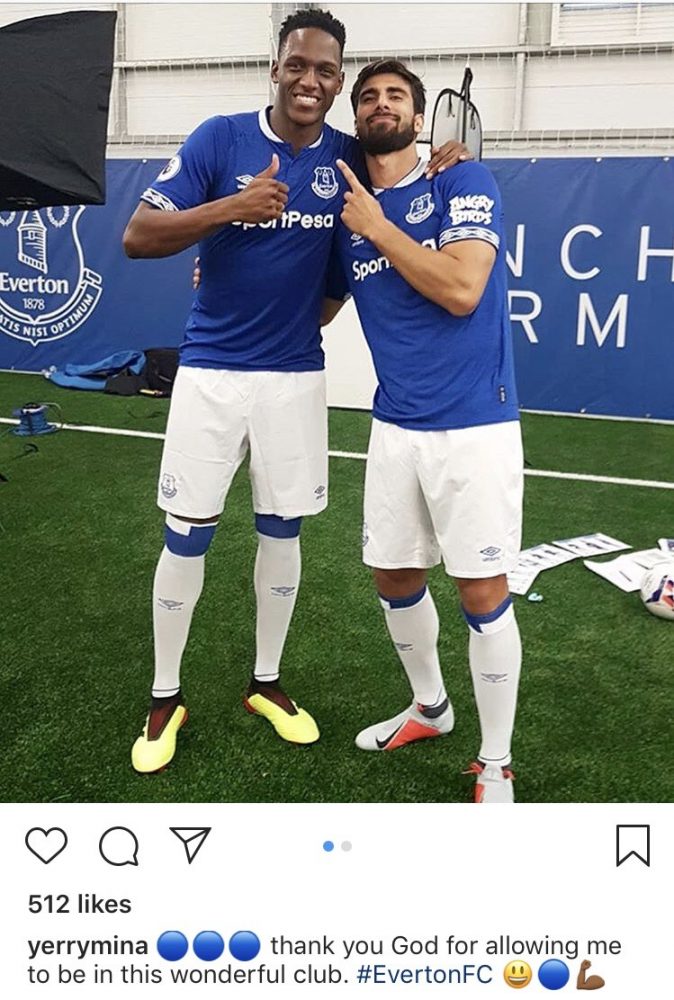 Clearly, the Colombian is enjoying his time at Goodison Park and the fans will be excited to see their new signing play now.

Mina was fantastic in the World Cup and if he can replicate that level of performance in the Premier League, he could become a fan favourite at Everton.

The highly talented centre-back will need time to get used to the pace of the Premier League but he has the ability and the physique to succeed in English football.

Here is how the Everton fans reacted to Mina’s post on social media.

Anyone still saying he doesn’t wanna be here haha

He’s massive, going to be a man mountain for us when he’s in and settled

Oh yea. Can’t wait to see all our signings in action.