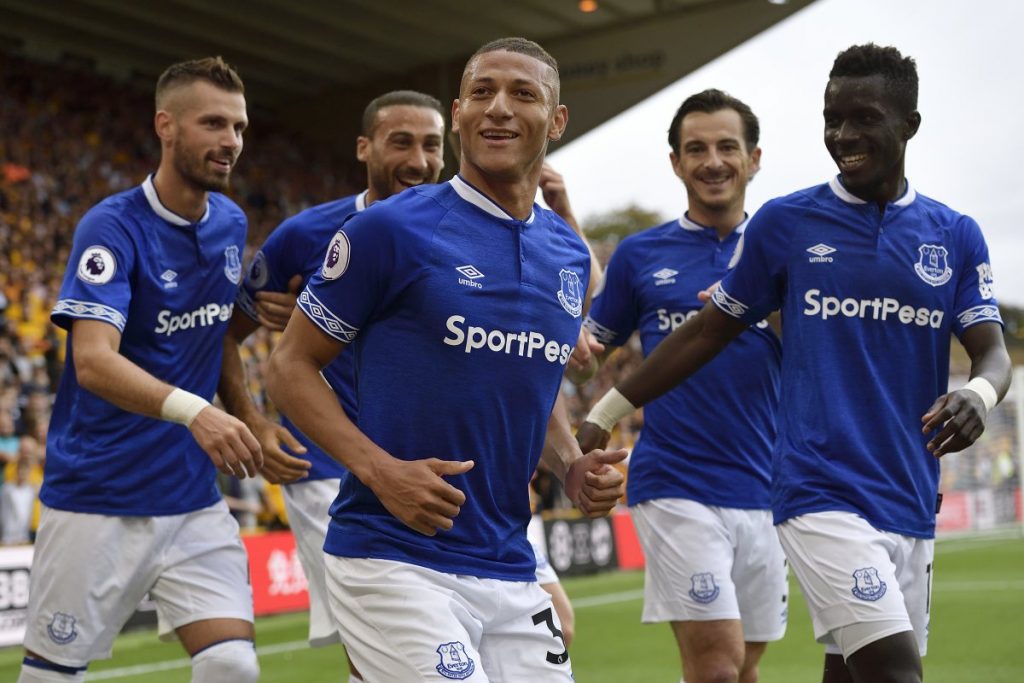 Everton forward Richarlison put on a memorable display on his debut against Wolves today.

The Brazilian forward scored twice to secure a draw for his side.

Everton went ahead through Richarlison early on in the first half. However, Ruben Neves scored a stunning freekick to bring Wolves on level terms.

A rash challenge from Jagielka on Jota earned the freekick for the home side. The Everton defender received a red card for it as well.

Richarlison struck once again in the second half to put 10-men Everton ahead. Raul Jimenez headed in the equaliser for Wolves on his debut thanks to a fantastic cross from Ruben Neves.

Everton spent £40m on the Brazilian forward this summer and they will be delighted with the start he has made so far. Silva’s decision to splash the cash on the former Watford star attracted a lot of criticism but if the Brazilian keeps performing at this level, he will certainly justify the outlay.

Here is how the Everton fans reacted to his performance today.

Worth coming to see our £35m waste of me money that, fuckin boss debut #skypunditknobheads #Richarlison

Good result given the harsh call on Jags. Weakest team this season hopefully. Richarlison was immense.

@richarlison97 is the man ?

Richarlison earning his transfer fee back from game one??

What a goal. #Richarlison #Everton

Richarlison is better than Neymar