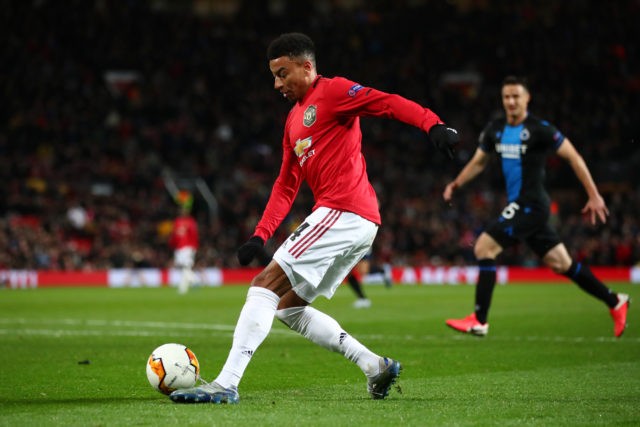 Over the years, Manchester United and Everton have been involved in some brilliant transfer deals.

The likes of Wayne Rooney, Phil Neville, Marouane Fellaini, and Morgan Schneiderlin have switched clubs and have done reasonably well.

However, Everton fans do not want to see Jesse Lingard making the switch to Merseyside after reports emerged that the Toffees and Arsenal are monitoring the England midfielder.

According to reports from The Metro, Everton and Arsenal are linked with a move for the 24 times capped England international, but Lingard is focussed on resurrecting his career at Old Trafford.

Please No he is not even a PL player🤦‍♂️

Ha ha. Never in a million years is Ancelotti or brands having that clown 🤡

Please no. Id rather have morgan schneiderlin for another year

No no no sorry .. not for our team, fed up with buying UTD rejects

The most Everton signing ever

Lingard has played a bit-part role for Ole Gunnar Solskjaer’s side this term, scoring just twice in 35 appearances for the Red Devils.

Manchester United are reportedly looking to bolster their attacking areas, and the Red Devils have been linked with players like Jadon Sancho and Timo Werner. Lingard is likely to drop further down the pecking order if there is a big-money arrival this summer.

Everton are also looking to bolster their attacking region, but surely Carlo Ancelotti is aiming bigger. Lingard is a decent player but he is not the one the club should be aiming for when they’ve set a target of breaking into the top four next season.

The likes of Bernard and Theo Walcott could leave the club in the summer. Ancelotti is looking to bring in quality players from his former clubs, with the likes of Gareth Bale and James Rodriguez being linked with a move.