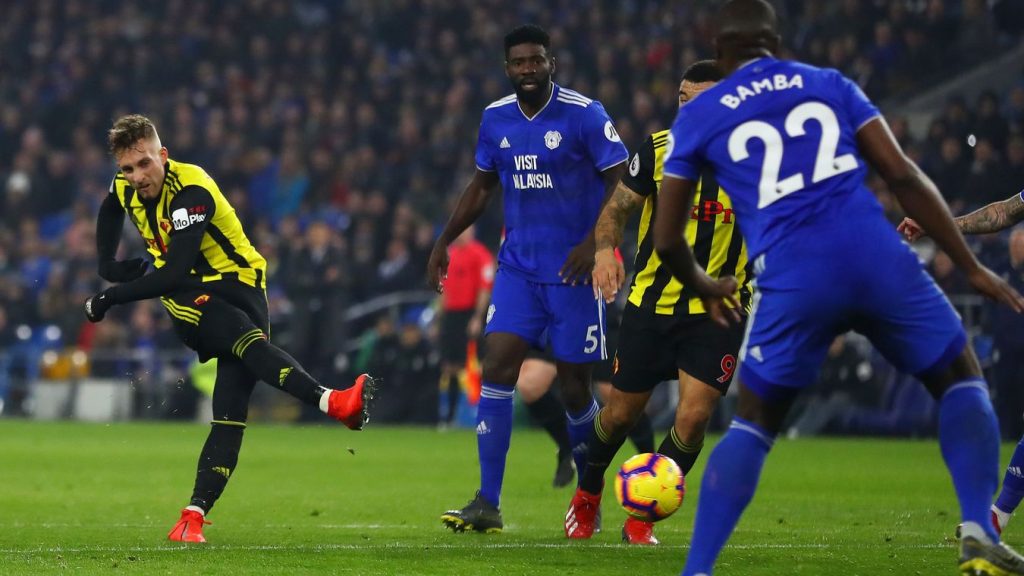 Watford picked up a stunning 5-1 win over Cardiff City in the Premier League this week.

Gerard Deulofeu scored a hattrick for the away side and Troy Deeney grabbed a brace.

The former Everton winger was unplayable against Neil Warnock’s side and he will be delighted to have scored his first ever hattrick in the Premier League.

Deulofeu has impressed with Watford this season and one has to wonder whether it was the right decision from Everton to let him go.

The 24-year-old winger sent out a message to the Watford fans on social media after the game and surprisingly it attracted a lot of attention from the Everton fans as well.

First ever in @premierleague for @WatfordFC .. Really proud and happy all together. +3

The Toffees faithful took to Twitter to drool over his performance against Cardiff City. It seems that some them really rate him highly and they would have kept him at the club for the long haul.

Here are some of the fan reactions to Deulofeu’s social media post from earlier.

Said it Everton should have got him back from Barca again well done lad always welcome at Goodison mate ??