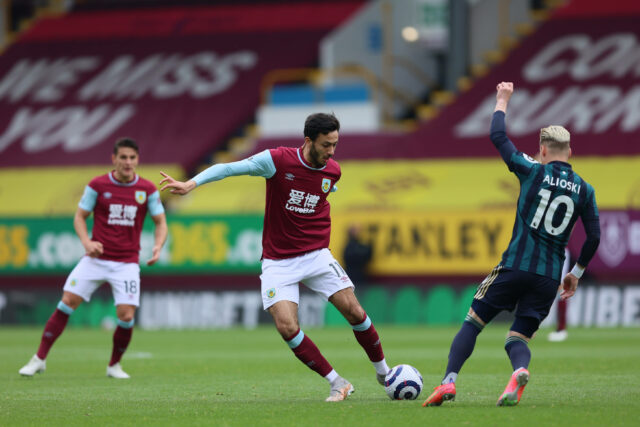 Everton fans have taken to Twitter to express their reaction to reports linking the club with a move for Burnley winger Dwight McNeil.

According to reports from The Telegraph, Rafael Benitez wants to ‘add greater width to his side’ and has earmarked McNeil for the role.

He is also being tracked by Aston Villa, with Dean Smith looking to bolster his attack despite the club record £33 million purchase of Emiliano Buendia from Norwich last month.

Villa are leading the race to sign McNeil, but Benitez is a keen admirer of the 21-year-old.

The Toffees value him at around £25 million, but Burnley would demand £50 million to part company with their prized asset.

Many Everton fans feel that McNeil would be a fantastic signing for the club. Here are some of the selected tweets:

He’s a great player. Need to pay more attention to Burnley matches if you think he’s lazy. He has 1 in 10 games where he disappears but it’s because we expect so much from him because of how good he is the other 9 games

25m and not ridiculous wages 👍
Townsend his back up for free(still 50/50)
Get rid of Bernard and iwobi👍
Not bad been honest and less wages. I’d take it.

He most definitely does not have a price tag of 25 mill 😂 he’s the jewel in the crown.

Haven't they been linked with Kenny and Delph in the past? If we could get it down to 15m plus them 2 it's the deal of the century.

This would be a very good signing if we can get him. Runs all game has pace and as we saw last season has an eye for goal.

The exciting youngster can play on both wings and through the middle and would add depth and quality to the current Everton squad.

The Toffees have Richarlison as their main winger, and adding McNeil to the set-up would take their attack to the next level.

They are reportedly close to signing Andros Townsend on a free transfer, while deals for Demarai Gray and Asmir Begovic are also in the pipeline.

The potential additions of McNeil, Gray and Townsend would enable Benitez to offload Bernard and Alex Iwobi.