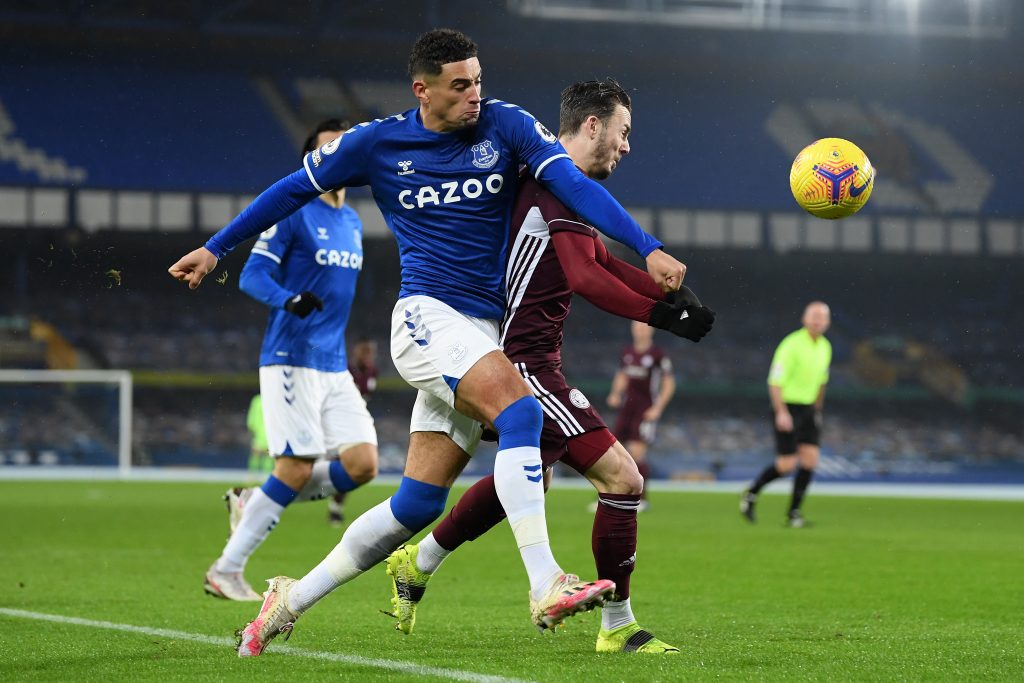 Everton picked up a narrow 2-1 win over Leeds United in the Premier League on Wednesday.

The Toffees scored two first-half goals and then managed to contain the Leeds attack and grind out all three points.

Everton were impressive defensively and Ben Godfrey produced a splendid display for the away side. He was arguably the most important player on the pitch last night.

Godfrey was strong in the air, composed on the ball and produced some vital blocks to deny the Leeds attackers.

The young defender joined Everton from Norwich City at the start of the season and he has proven to be a handy option for Carlo Ancelotti so far.

Godfrey has played as a full-back as well as a centre-back this season and he has managed to produce every time he has been called upon.

The 23-year-old is highly talented and he has a lot of room for improvement.

He will be eager to build on his impressive start to life at Everton and go on to establish himself as a key player for the club in the coming months.

Here is what some Everton fans had to say about his performance.

Another immense performance should be in the England Squad. Keep it Up Ben #NSNO

This lad. Play him anyway in the back four. Minimum 8 out of 10 performances. Keano and Mina need to be looking over their shoulders. Because, you are one of the first names on the team sheet. In Don Carlo We Trust 👌🏿😁🙏🏿

Brilliant again Ben you are everything us Evertonian want in a player heart passion desire and that immense will to win, Quality Signing !!