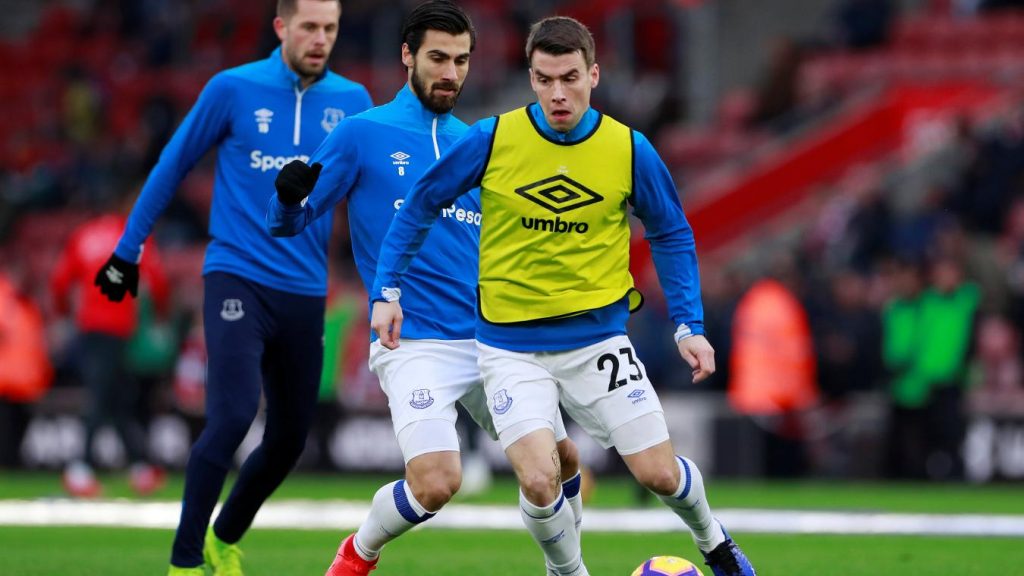 Everton crashed to a 2-1 defeat against Southampton in the Premier League at the weekend.

James Ward Prowse’ goal gave the home side a well-deserved lead five minutes into the second half. Southampton’s lead was doubled on the 64th minute, thanks to an own goal from Lucas Digne.

Gylfi Sigurdsson added a late consolation for the Toffees in injury time but it wasn’t enough to get something from the game.

Marco Silva’s men have been very poor this season and Everton fans would have expected a lot better after their summer outlay.

It will be interesting to see if Silva can turn this around. The club hierarchy will be hoping for a respectable top half finish this season.

Everton fans were unhappy with Andre Gomes’ lackluster display against the Saints and they took to Twitter to share their thoughts on his performance.

The Portuguese midfielder’s form has dipped after an impressive start to the season.

Here are some of the Everton fan reactions from earlier.

André Gomes has been poor for some time but today was his worst game for us. Richarlison is not a striker. Personally i think Marco is the right man, but we as fans need to give him time. Cause thanks to koeman and lesser degree martinez we have been set back 6 years. #EfC #COYB

Andre Gomes is a side pass merchant

Andre Gomes has been woeful

Everton have done an Everton to Andre Gomes

Gune put it out there now Andre gomes has been fuckin shite for weeks but no 1 sez fuckall, mad some of are fans #EFC

Andre Gomes gets worse and worse each game. But I’d get slaughtered if I said that cos he’s a handsome Portuguese chap….