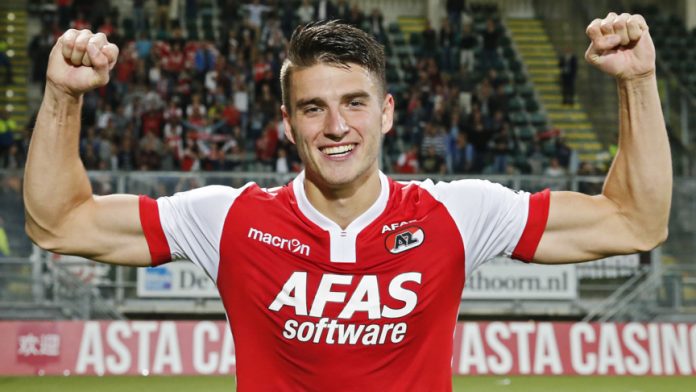 Everton are looking to add to their defensive options this summer and the Toffees have identified Lazio’s Wesley Hoedt as an ideal option.

The Merseyside outfit have recently signed Michael Keane from Burnley but the injury to Ramiro Funes Mori has forced Koeman to look for another defensive option now. The Argentine defender is expected to miss more than half of next season.

Hoedt has been a key player for Lazio and he would certainly be a very good alternative to Funes Mori. As per Liverpool Echo, the left sided defender is valued at £12m and the fee should not be a problem for Everton.

The Toffees have been spending freely this summer thanks to the backing from new owner Farhad Moshiri.

The likes of Koeman and Steve Walsh have discussed the possibility of signing the Lazio defender and Everton are now considering a move.

The 23-year-old would add some much-needed quality and depth to Everton’s defence. The left sided defender can operate as a full back as well as a centre back. His versatility and quality would make him an ideal option for the Toffees.

The Dutch international is not the only player Everton are after right now. The Merseyside outfit are looking to improve other areas of the squad as well and are weighing up moves for Olivier Giroud, Eloy Room and Gylfi Sigurdsson.