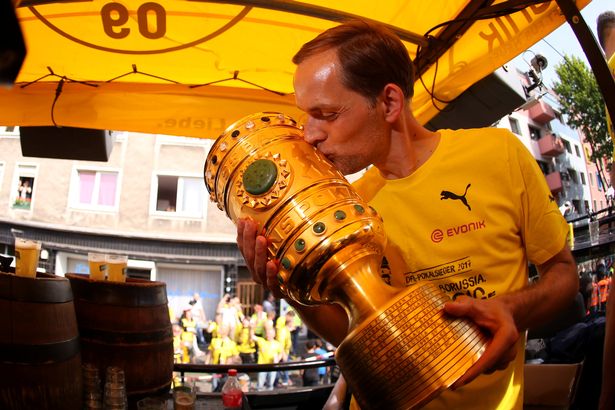 Everton parted ways with Ronald Koeman yesterday and the Premier League outfit are thought to be looking at Thomas Tuchel as a replacement.

Tuchel is currently out of a job after leaving his post at Borussia Dortmund and he would be a stunning acquisition for Everton.

According to reports, Everton have already contacted the representatives of Thomas Tuchel but the former Dortmund manager is will take his time and then decide on his future.

Bayern Munich are apparently interested in Tuchel as well and therefore he might decide to wait out for the remainder of this season before taking on a new job.

Everton spent a lot of money in the summer but Ronald Koeman failed to get the best out of his players. The Merseyside outfit are close to the relegation zone now and they are in desperate need of a coach who will lift the spirits around the club with new ideas.  Tuchel’s attacking football and his progressive ideas will be perfect for Everton.

The likes of Dyche and Silva have been linked with the job as well but there is no doubt that Tuchel is a priority for the Everton hierarchy. Another name linked with the Everton job is that of Carlo Ancelotti. The Italian is out of a job after being sacked by Bayern Munich earlier this season. However, he wants to take a break until the end of this season.

For now, the Everton U23 manager David Unsworth will take charge of the Toffees first team.