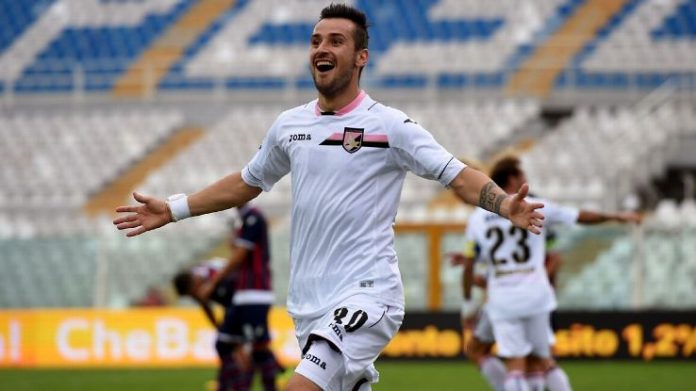 Everton are considering making a move for Palermo striker, Ilija Nestorovski, in the summer transfer window.

The Toffees are likely to receive offers for Romelu Lukaku, the club’s leading goalscorer, in the summer. The Belgian is wanted by several heavyweight Premier League clubs, and there is a genuine concern that he might fancy a move away from Goodison Park.

According to Tutto Mercato Web, Everton are closely following Nestorovski, and Ronald Koeman could make a move for the Macedonian if the Belgian opts to leave the club.

Palermo have been struggling in the Serie A this season, lying in 18th, and are currently eight points adrift of safety.

The 26-year-old has impressed, however, having netted nine of Palermo’s 21 Serie A goals this season. Needless to say, he appears certain to make a swift exit in the summer.

Everton scouts recently watched him in action during Palermo’s 4-1 defeat against Juventus. Although he didn’t score in that match, his performance throughout the campaign has been simply outstanding.

The report suggests that Everton may be forced to pay upto £17m for Nestorovski’s signature. Regardless of where Palermo find themselves in the next season, this would represent a great business should the deal go through.

The Rosanero signed Nestorovski from Croatian outfit, Inter Zapresic, for a measly fee of £500,000 in January last year. If Everton meet his price tag, Palermo may struggle to turn it down.