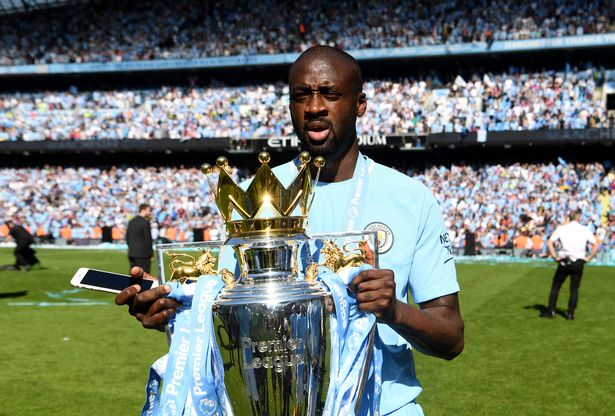 Manchester City midfielder Yaya Toure is set to leave the club at the end of this season.

As per the latest reports, the player wants to continue in England and the likes of Everton and Wolves are hoping to sign him.

The midfielder recently said: “My kids, for me, are British. They go to school here, they have a lot of friends in Manchester. Manchester is their town. I would never celebrate a goal against City. I don’t want to face them, but if I want to stay in the Premier League, I’ll have to.”

His agent added: “He’s happy to accept a one-year deal to stay in England. And if his club are not satisfied with his performances, he will pay back half his wages, or the club can cancel his contract immediately with no compensation.”

The 35-year-old could still be an asset for most teams in the country. He would bring a wealth of winning experience and leadership into the Everton/Wolves dressing rooms if the deal goes through.

Wolves have just secured promotion to the Premier League and Toure’s top flight experience could prove to be priceless for them.

Meanwhile, Everton are trying to build a side capable of challenging the top six and Toure would be a massive help on and off the pitch. The Ivorian has seen City’s rise from the midtable to the top.

It will be interesting to see where he ends up this summer. Toure is a world-class footballer and whoever signs him will end up with a remarkable bargain in this market.