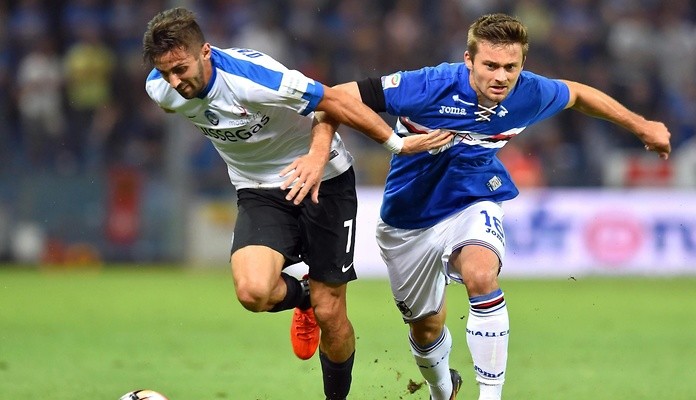 According to reports from Italy, the 22-year-old is being monitored by the big Premier League clubs. Spurs and Everton are reportedly planning to make a move for him in the summer.

After graduating from the youth academy at Lech Poznan, Linetty played four years for his senior team. During this time, he scored 11 goals in 112 games for the Polish club in all competitions.

His impressive form in 2015-16 didn’t go unnoticed, and he was snapped by Sampdoria last summer. Although he is yet to score for his new club, he has been a regular member of Marco Giampaolo’s side.

He made a total of 23 appearances for the Serie A club and notched three assists in his first season.

In 2014, he made his international debut and till date has 13 caps to his name. He has a bright future ahead of him, and his consistent performances have triggered major interest among the Premier League clubs.

Everton made a big money signing in the January transfer window when Morgan Schneiderlin was brought in from Manchester United. Ronald Koeman also has Idrissa Gueye, Gareth Barry and Tom Davies at his disposal. However, there is always room for a quality player in the side, with Linetty fitting the bill.

Spurs have a solid midfield set up, but Mauricio Pochettino may still look to bolster his midfield next season. With Eric Dier mainly used as a centre-back this season, and Harry Winks still finding his feet, Pochettino may look to add another midfielder to add depth in the squad.