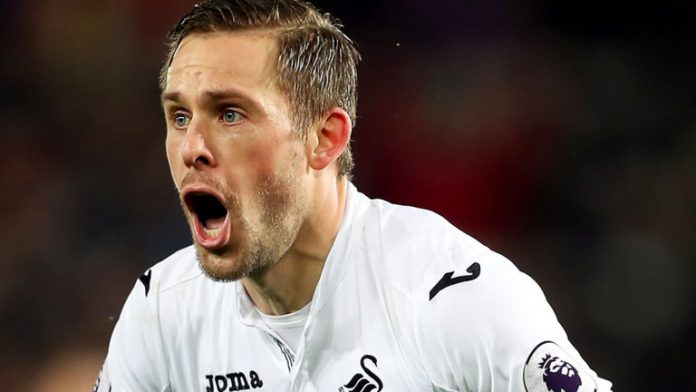 Everton have agreed on a deal to sign the Swansea midfielder Gylfi Sigurdsson.

The 27-year-old midfielder is set to complete his medical later today according to Sky Sports.

Ronald Koeman revealed last week that the deal was close and the Toffees have finally secured their target.

The former Tottenham midfielder is expected to replace Ross Barkley in the starting lineup now. The English midfielder has been linked with an exit this summer.

Sigurdsson missed Swansea’s opening fixture due to the uncertainty surrounding his future and the midfielder can now concentrate on playing regularly once again.

The Iceland international is one of the best attacking midfielders in the league right now and Everton will benefit a lot from his arrival. The likes of Sandro and Rooney will thrive on his service. Furthermore, Sigurdsson is an excellent goalscorer as well.

Everton have been very busy in the transfer market this summer and have signed several first team players like Klaassen, Pickford, Keane, Rooney and Sandro. Despite losing Romelu Lukaku to Manchester United, the Toffees look stronger than ever this season.

Swansea signed the midfielder for a fee of £6.8m in 2014 and they will be making a huge profit on his sale. Sigurdsson has scored 29 goals in over 100 appearances for the Swans in the last three years.