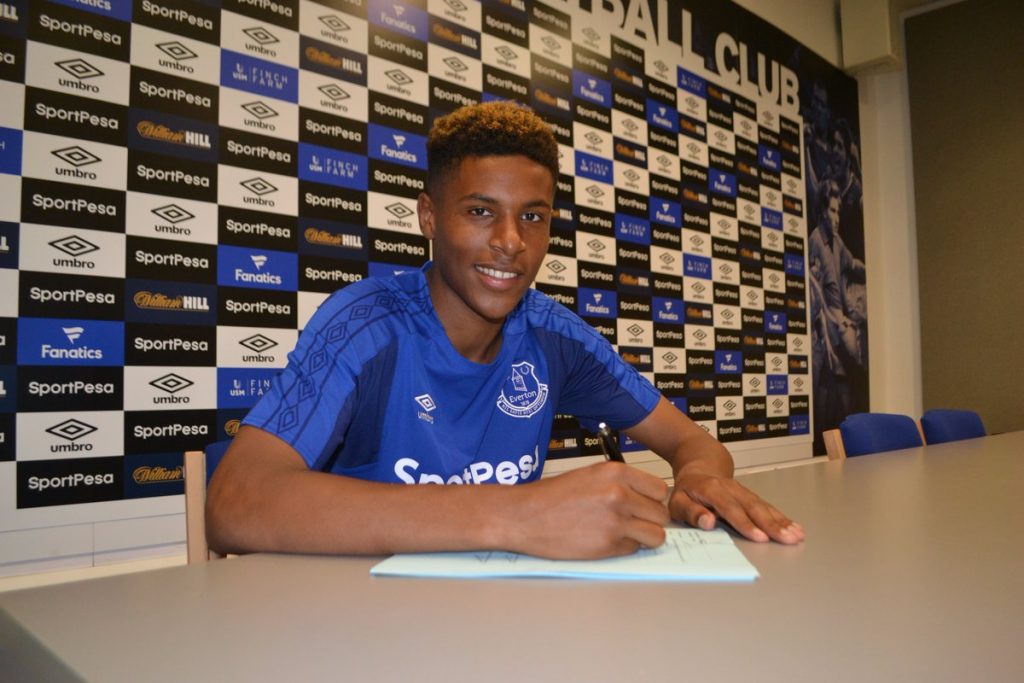 Everton football club have agreed on a deal to sign the Dutch defender Nathangelo Markelo.

The Premier League outfit have already confirmed the deal on their Twitter account. Markelo has signed a three-year contract with the Merseyside outfit.

The highly talented centre-back is expected to join up with the Everton U18s for next season. Markelo is very highly rated in Holland and Koeman will be happy to have secured a promising young talent.

Everton have been very active this summer and the Toffees have already signed Jordan Pickford and Davy Klaassen. They are close to landing Sandro Ramirez as well.

Markelo was a key member of Volendam’s youth team last season and the Dutch outfit have confirmed the move as well. Everton scouted the defender extensively last season and have decided to make their move.

The young defender primarily operates as a centre back but he can slot in as a right back as well. Everton have done well to nurture young defenders (Stones, for example) in the recent years and will be hoping to develop Markelo in the coming years.