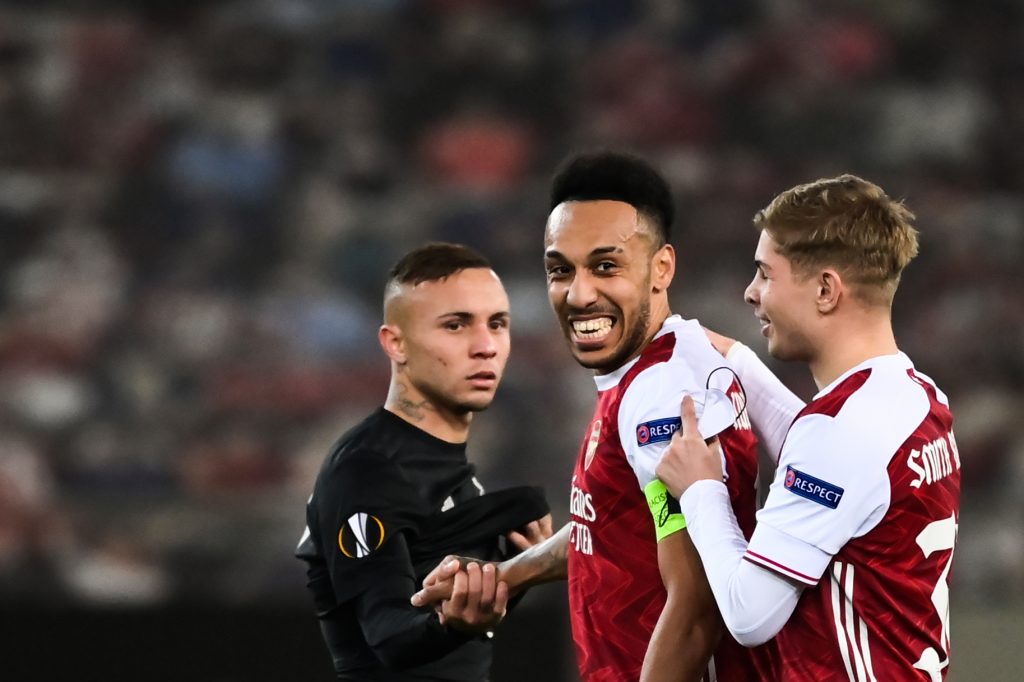 Arsenal are scheduled to host Olympiacos in the second leg of the Europa League last 16 tie tonight.

The Gunners registered a 3-1 triumph over the Greek champions in the first leg, but their performance was far from convincing.

The north London giants gifted their opponents with three clear-cut scoring chances and were lucky that they did not fully capitalise on them.

Mikel Arteta’s side go into the game after a sublime 2-1 comeback win over arch-rivals Tottenham Hotspur in the Premier League.

Bernd Leno is the undisputed first-choice goalkeeper under Arteta. The German is expected to start between the sticks ahead of Mat Ryan.

Cedric Soares impressed at right-back against Spurs, and he has been rewarded with a call-up to the Portuguese national side.

However, he may drop to the bench for this game with Hector Bellerin replacing him.

David Luiz and Gabriel Magalhaes have excelled in the central defence, and the latter came up with a goal-saving block in the derby.

Luiz has played five successive games in all competitions, but Arteta may not want to break the partnership in such a crucial tie.

Kieran Tierney is pretty much an automatic choice at left-back.

There may be room for Mohamed Elneny in midfield, with Thomas Partey looking jaded during the closing stages of the derby.

The Ghanaian committed several fouls at the end, but the Gunners managed to withstand the late pressure from Spurs.

Elneny will most likely accompany Granit Xhaka in the centre of the park.

Further forward, there may be a couple of changes. Bukayo Saka is nursing a minor hamstring injury and requires a late fitness test.

He may not be risked from the starting XI, even if he is fit. In this case, Nicolas Pepe is an automatic replacement on the right-wing.

Martin Odegaard is likely to continue in the number 10 role. The Norwegian has scored in back-to-back games and is finally showing his quality.

Emile Smith Rowe produced one of his best performances of the season on Sunday, and he looked comfortable playing on the left wing.

The Gunners graduate may continue in the role. Pierre-Emerick Aubameyang could lead the line ahead of Alexandre Lacazette.

Lacazette put in a good shift against Spurs but squandered a few good scoring opportunities in the first half.

Aubameyang was dropped to the bench after reporting late for the pre-match rituals, and he will be keen to make amends with a strong display.