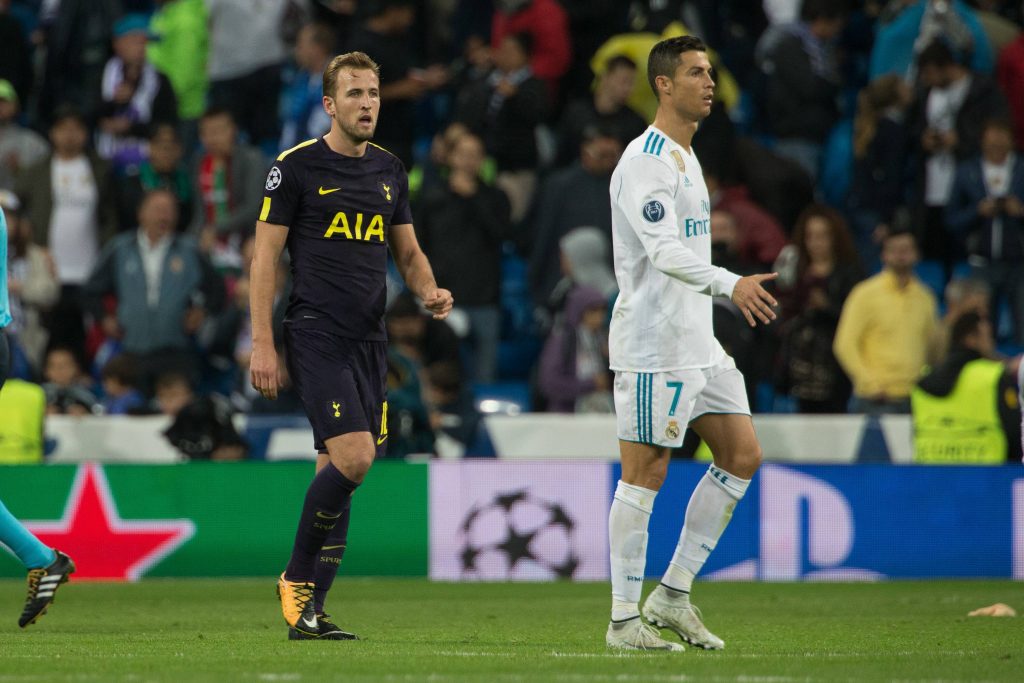 Just one game remains of Euro 2020, with England facing Italy at Wembley Stadium on Sunday to determine the European champions.

Of course, all the focus will be on the full-time result. But one subplot to the game involves England captain Harry Kane, who has the opportunity to win his second Golden Boot of the year.

As it stands, Portugal’s Cristiano Ronaldo leads the way in the Euro 2020 goal charts with five.

He is level with Czech Republic’s Patrik Schick, and one ahead of Kane, Emil Forsberg, Karim Benzema and Romelu Lukaku on four.

If two players are tied for goals, the player with the most assists out of the two is awarded the prize.

As Ronaldo has one assist, he is placed ahead of Schick, who has none. If the two are still tied after this, it comes down to whoever has played the fewest minutes.

As things stand, Kane has four goals and no assists. So, in order to win the Golden Boot, the Tottenham star will need to either score at least twice in the final, or get a goal and two assists.

Raheem Sterling and Ciro Immobile could in theory also nick the award on Sunday, but they would both need hat-tricks.

Given that both sides have been incredibly defensively solid over the past few weeks, this seems unlikely. But can Kane grab a brace?

It’s not something that will be unfamiliar to the 27-year-old. In the last year, he has scored seven braces and one hat-trick in all competitions, as well as leading the Premier League goalscoring charts.

And, having scored four in his last three, he’ll fancy himself to get on the scoresheet again.

However, as mentioned above, Italy have been a tough side to break down in this tournament.

They have conceded just three times in their six games – only England boast a better defensive record.

And, in a big game like this one, you can be sure that experienced defenders like Giorgio Chiellini and Leonardo Bonucci will make it as difficult as possible for him.

Kane has scored against Chiellini before, netting at the Allianz Stadium in the Champions League round of 16 against Juventus.

With a home crowd behind him, he may fancy himself to double his output this time around.

But there is one thing that may prove to be a mental stumbling block – his record in finals.

For Tottenham Hotspur, he has played in two League Cup finals and a Champions League final.

He was on the losing side on all three occasions, without managing to register a shot on target.

To be fair, his side went into all three games as underdogs, and he was carrying injuries in two of them. This time around, he will be fully fit and entering the game in fine form.

On top of that, he will be more motivated than ever to win the game. A lot has been said about the striker’s failure to win a trophy so far in his career, leading to widespread speculation around his future at Spurs.

If he can leave the pitch with a gold medal around his neck, it will silence a lot of the critics.

For the final, it is likely that Gareth Southgate will once again adopt a more defensive strategy, possibly playing a 3-4-3 formation with Declan Rice and Kalvin Phillips in central midfield. This may limit the number of chances that England will create.

However, it won’t rule Kane out of the Golden Boot race. The Three Lions played the same system against Germany in the round of 16.

During which, Kane scored one, and could easily have had another just before half time. He may not get many opportunities, but he will still give himself a chance if he can be clinical.

Whoever comes away with the Golden Boot – whether it be Ronaldo or Kane – it has come as a surprise to very few people.