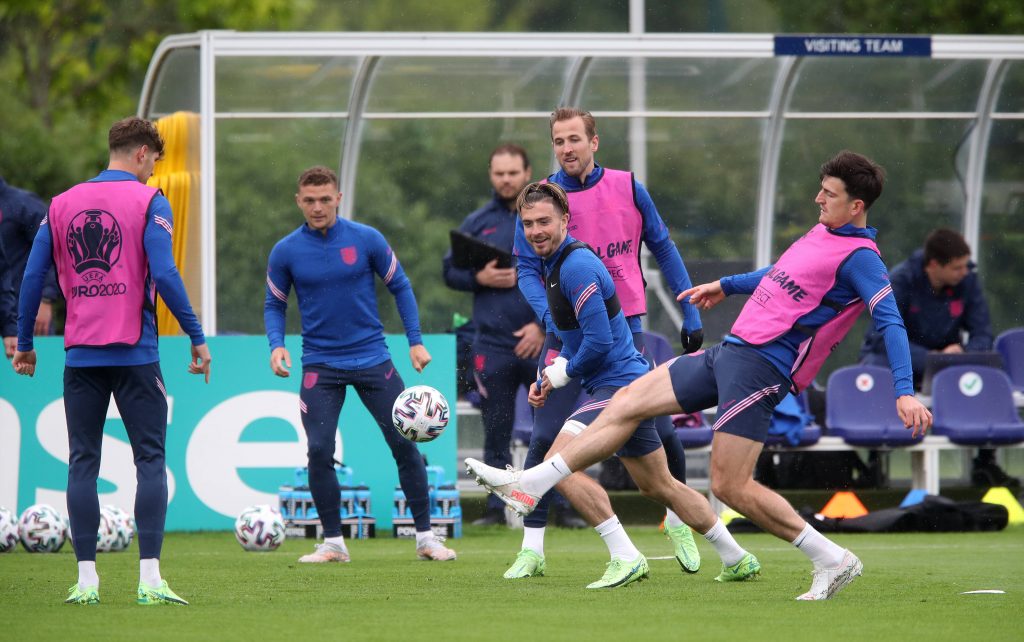 Monday’s results at Euro 2020 meant that England’s progression into the knockout stage was sealed before their final group stage game against Czech Republic tonight.

Only eight teams exit in the group stages – the six fourth-placed teams and the ‘lowest’ two third-placed teams.

With four points and a lowest possible finish of third, the Three Lions have more points than Finland and Ukraine, both of whom finished third in their respective groups.

So, Gareth Southgate’s men have avoided a knockout at the earliest possible stage despite a disappointing draw against Scotland and are through to the round of 16.

That said, their result tonight and results elsewhere in the coming days will determine who they will meet in the first knockout round as well as when and where the game will take place.

There are many possibilities, and we’ve broken them down below.

To do this, the Three Lions need to go and beat Czech Republic at Wembley in their final group game.

Both sides go into it with four points, having won their first game and drawn their second, but the Czechs have a superior goal difference of +2 compared to England’s +1.

Consequently, only a win would see Southgate’s side come out on top as many predicted pre-tournament.

If they were to do this, they would then be confirmed as facing the team who finish second in Group F – otherwise known as the ‘Group of Death’.

France, Portugal and Germany are in there as well as Hungary and going into their respective final group fixtures, everyone could hypothetically finish in second spot.

At the time of writing, Germany occupy it by the finest of margins. Their points and goal difference are the same as Portugal in third, but the Germans beat the Portuguese and are on top in the ‘head-to-head’ rankings.

Meanwhile, France are out in front with the same goal difference but a point more than the other two ‘big nations’.

Hungary sit bottom but have a point to their name, having drawn with the French in matchday 2.

France take on Portugal in the final group game, and Germany are up against Hungary. Make of that what you will.

If this scenario happens, England will get their first knockout game at Wembley on Tuesday, June 29, but with a 5.00 pm kick-off time.

There are two ways in which England can finish second in their group. A draw against Czech Republic takes both teams onto five points.

As mentioned earlier, the Czechs have a superior goal difference, so they would still finish top in that instance.

The point would deem the other group game – Scotland vs Croatia – irrelevant to England, however.

Both teams are on one point, so if one was to win and England were to lose, it could then come down to goal difference and the other mitigating factors.

A second-place finish in Group D sets up a meeting with the second-placed team in Group E, which consists of Sweden, Slovakia, Spain and Poland.

Currently sitting in that order in the table, Southgate’s side would be taking on Slovakia at ‘Parken’ in Copenhagen, Denmark.

That clash would take place on Monday, June 28, again with a 5.00 pm kick-off time scheduled.

However, even if England do finish second in group D, group E still has it all to play for and once again, it could be any of the four teams coming up against the Three Lions.

Top (Sweden) plays bottom (Poland) on the final matchday of the group stage while Slovakia and Spain also meet.

Unless Poland triumph against the Swedes, they cannot come second, so it does look like a shootout between Slovakia and Spain.

Again, there’s the possibility for England to be meeting a previously successful and well-recognised nation in the round of 16, which would be some occasion.

The only way that this could happen is if England self-destructed against the Czech Republic and either Scotland or Croatia run rampant in the other game left in Group D.

Southgate’s men are three points ahead of both, two goals better off than Croatia and three better than Scotland.

They also have a better head-to-head record against the Croats, courtesy of winning the opening game at Wembley.

However, it’s not impossible or beyond belief that the worst could happen, and preparation is the key. If England come third in Group D, it’s quite tricky to comprehend.

With four teams going through who finish in third, a schedule was put together by UEFA before the tournament beginning as to who each third-place team will play in the most basic of concepts, regardless of individual teams.

This process was completed before the group stage draws had been made, and who plays who would depend on which four groups the four third-placed qualifiers come from.

For example, at the time of writing, the four ‘highest’ third-placed teams are Switzerland (Group A), Portugal (Group F), Ukraine (Group C) and Finland (Group B).

Only groups A-C have finished their groups at the time of writing, so this will more than likely not be the case at the conclusion of the group stages in full. However, we’re going to take it that those four teams listed above are the ones progressing.

If that were to be the case, then before the tournament even begun, it was agreed that the outcome for the round of 16 would be as follows.

As you can see, the above scenario obviously doesn’t include England’s Group D, but that’s because the current third-placed team (Croatia) have only one point.

Unless their game against the Scots ends in a draw, then Group D will have its third-placed team in the round of 16.

Having looked at the pre-arranged schedule, if Group D is one of those to have its third place go through, that team could face the winners from Groups B, C or E.

Two of those are already confirmed. Belgium (B) and Netherlands (C). Top of Group E are currently Sweden, though that could soon change as described above. The Three Lions would avoid groups A, D and F.

So, if the worst came to the worst and Southgate’s men did finish third in the group, there are three possible outcomes.

Of course, everything mentioned above is entirely hypothetical, and until the conclusion of both games in Group D this evening, we won’t know where England will finish in the group.

We also may not know who they will face for sure and could be waiting on the rest of the groups to reach their end-point.

Once the groups are over, the path is a lot easier to comprehend but having worked England’s possible round of 16 opponents out. Now for a lie down after working all that out!