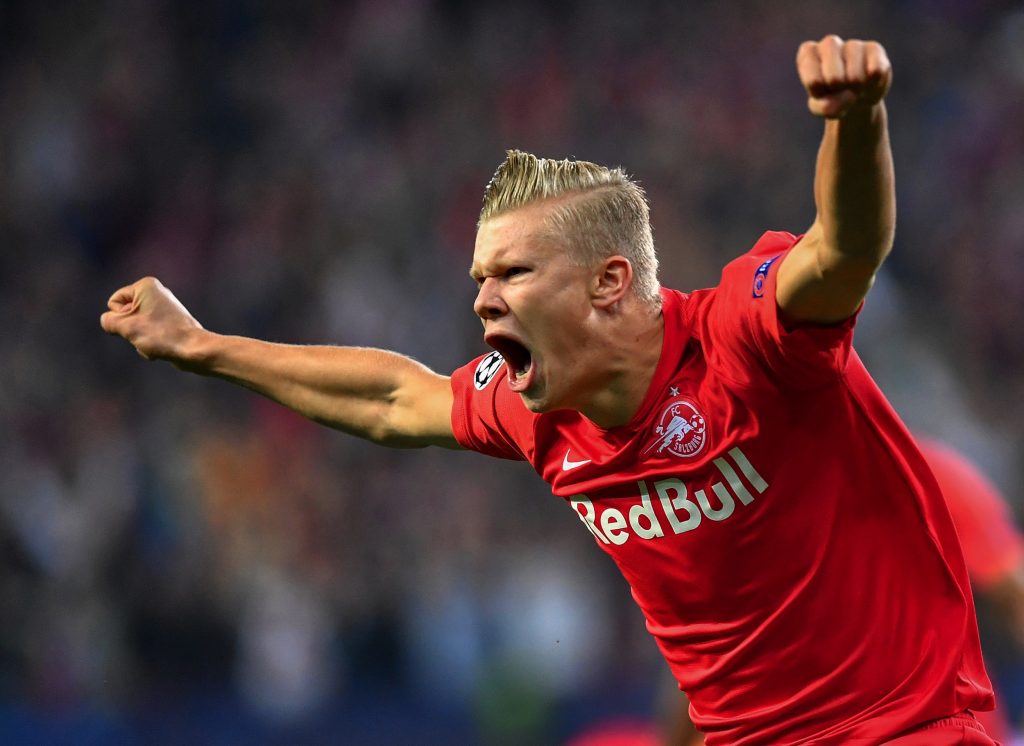 The 19-year-old attacker is widely regarded as one of the best young talents in world football, and he is progressing at a tremendous rate. The youngster is enjoying a phenomenal campaign for the Bundesliga club, where he has scored 23 goals in just 17 appearances this season.

The Norway international has caught the attention of heavyweight Premier League clubs after his sensational form in the Champions League this season. He has scored seven goals already in the competition, scoring in a 1-1 draw with Napoli on Tuesday.

According to reports from Italy (h/t The Daily Mail), the sought-after youngster won’t be available on cheap, and any potential buyer will have to pay a huge £86 million fees for his signature.

Spurs, Liverpool and Manchester United have been linked with a move, and the north London club will have to break their transfer record in order to sign him.

The youngster’s father, Alfie, who played for Manchester City, has stated that his son would like to play in the Premier League, but he is unsure when that is going to happen.

“At one stage he would like to play in the Premier League, when that is going to happen, I don’t know,” Alfie Haaland said to Alan Brazil’s Sports Breakfast Show on TalkSPORT. “Right now, he is ahead of the stage we thought he would be at. He’s done well, and he’s risen to the occasion.”

Liverpool boast a strong attacking set-up and Haaland would struggle to get into the side. A move to Spurs could be ideal as Mauricio Pochettino has done wonders while working with young players.

Moreover, Spurs need another solid striker alongside Harry Kane, and Haaland would add genuine quality to the side. However, it is highly unthinkable that either Liverpool or Spurs would pay £86 million for him.