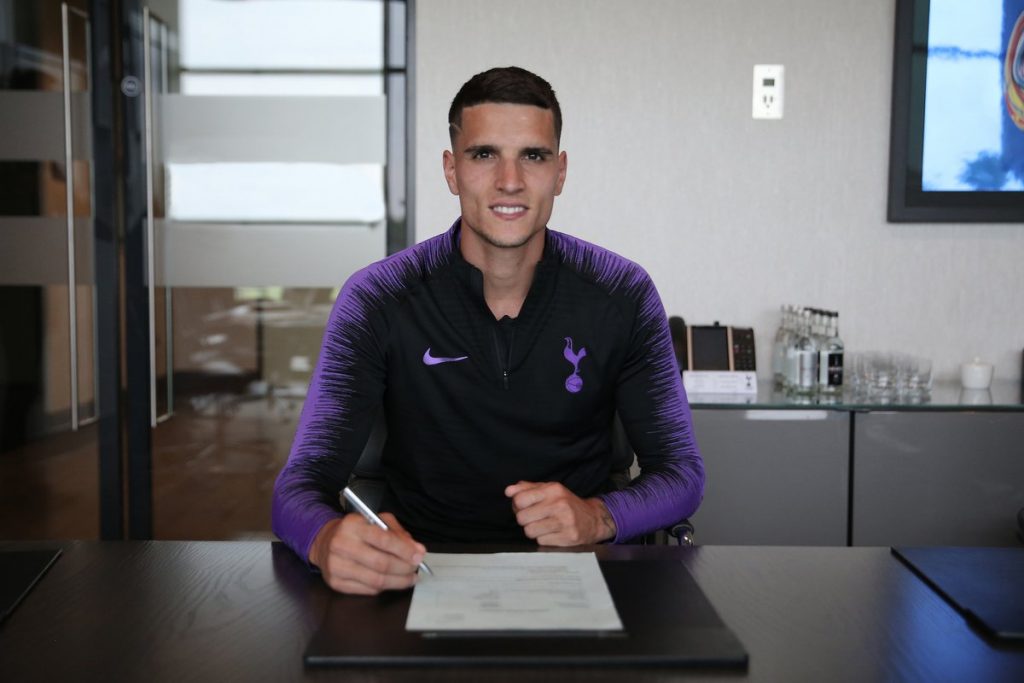 Tottenham have agreed on a new deal with their Argentine winger Erik Lamela.

The 26-year-old has put pen to paper on a four-year deal which will keep him at the club until the summer of 2022.

✍️ We are delighted to announce that @eriklamela has signed a new contract with the Club, which will run until 2022.#COYS pic.twitter.com/cFIrkBqlit

Lamela has had a mixed career at Spurs so far due to injuries. He joined the club in 2013 and he has made just 154 appearances so far.

The former Roma winger was a club record signing for Tottenham five years ago. The Londoners would have expected more from him when they paid £30m.

After a successful surgery last season, Lamela is now fully fit. The Argentine will be hoping to make a big impact next season.

The 26-year-old was linked with a move back to Serie A earlier this summer but the Premier League outfit have now secured his long-term future at the club.

Speaking to the club media after his extension, Erik Lamela sent out a message to the Tottenham fans: “I am delighted to sign a new contract. I hope to see you next season in the stadium, I can’t wait.”

Here is how the Spurs fans reacted.

Worth it alone for calling Wilshere a pussy. Erik is well and truly one of us.

brilliant news. now let’s do that thing called signing a footballer from another football club

This is the greatest day of my life.

Everywhere you go, always take Lamela with you

So after 5 years of practically nothing……….I know, lets give him another 4 years. That will make it 9 years. Let that sink in for a moment.