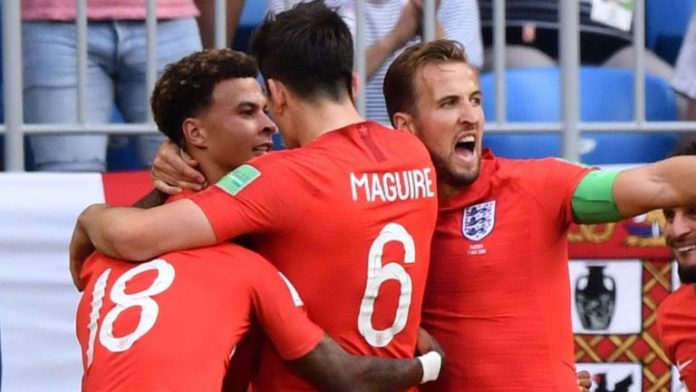 England go head-to-head with Croatia on Wednesday with a place in the World Cup final on July 15 on offer to the winners.

After finishing second behind Belgium in the group stage, England have knocked out Colombia and Sweden to reach the last four.

Croatia topped their group ahead of Argentina, but they have been taken to a penalty shoot-out in their subsequent games against Denmark and Russia.

England are priced at 13/10 to win the match in normal time, with Croatia available at 5/2 and the draw on offer at 2/1.

The Three Lions can be backed at odds of 8/13 to reach the World Cup final, while Croatia are 5/4.

England boss Gareth Southgate will name an unchanged line-up for the game.

Jordan Henderson, Jordan Pickford and Harry Kane have all been passed fit, while Jamie Vardy will be able to take his place on the bench after shaking off a groin problem.

There has been a doubt over Dele Alli’s form and fitness, but Southgate is keen to stick with a winning formula.

Croatia were missing three key players at their training session on Monday.

Subasic and Lovren should be fit enough to start, but Vrsaljko is at the centre of a club versus country row.

However, Atletico boss Diego Simeone has insisted that the right-back is not selected due to the risk he could suffer a more serious injury.

The two sides have played each other on seven previous occasions, with England losing just two of those meetings.

Their last appearance in a World Cup semi-final came back in 1990 when they lost on penalties to Germany. Croatia have reached the semi-finals just once before, losing 2-1 against France in 1998.

There is likely to be little to choose between the two sides on Wednesday, so backing either team to win on penalties at 4/1 could give punters a run for their money.