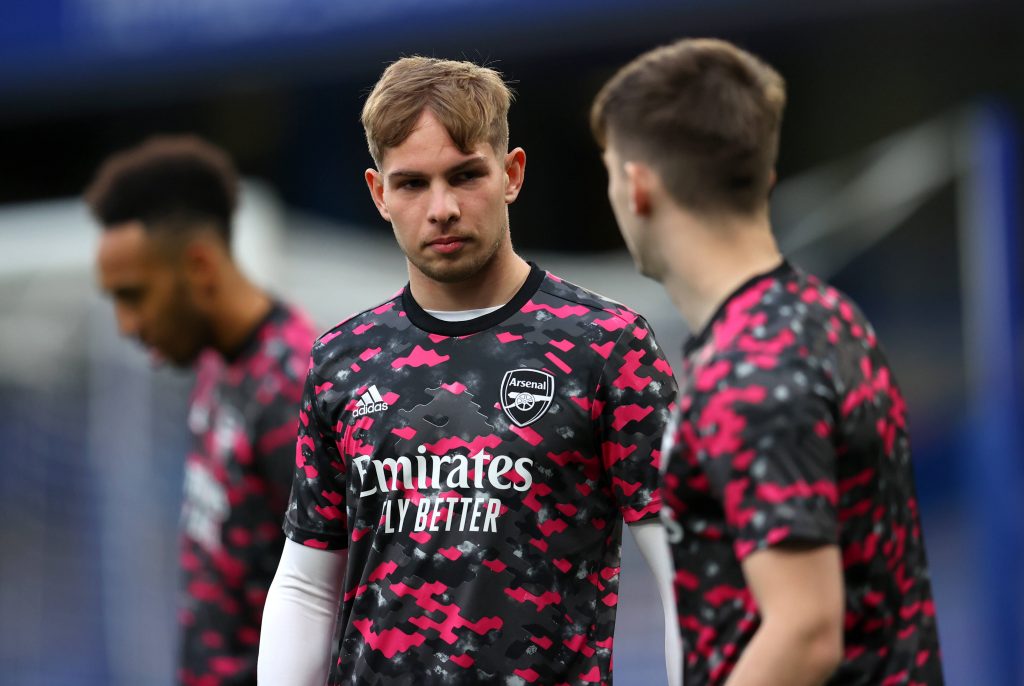 The 20-year-old had his breakout season with the Gunners last term, finishing the campaign with four goals and seven assists from 33 games in all competitions.

He has two years remaining on his contract, but it is now reported that the Gunners are on the cusp of rewarding him with a new deal until the summer of 2026.

Smith Rowe was out of the picture for the Premier League games until Boxing Day, where the Gunners registered a 3-1 win over Chelsea.

He became a regular for the capital outfit, playing a key role in their improved run of results during the second half of the campaign.

Unsurprisingly, the club have entered talks over an improved deal, and it could be only a matter of time before a formal announcement is made.

Smith Rowe’s success largely came from the number 10 position, but he played on the left wing occasionally when Martin Odegaard was picked in the XI.

The Gunners are determined to re-sign the Norwegian this summer, and we could see more of the same next term with Smith Rowe operating out wide.