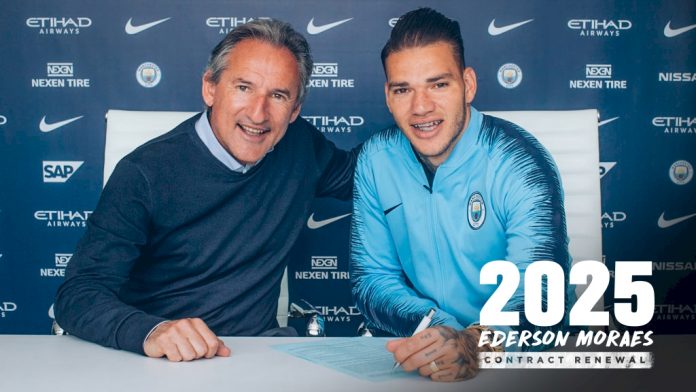 The 24-year-old joined the Premier League champions from Benfica last summer and he has been sensational for Pep Guardiola’s side.

The Brazilian has kept 21 clean sheets for his side this season and he was nominated for the PFA Young Player of the Year award.

As per the report on City’s official website, the new deal will keep Ederson at the club until the summer of 2025.

Ederson is already one of the best keepers around Europe and the Manchester City fans will be delighted to see his long-term future sorted.

The Brazilian’s style of play has been a major hit at Etihad. His composure on the ball has helped Manchester City build from the back.

Club director Txiki Begiristain was full of praise for the Brazilian following the agreement.

The player also revealed his delighted and explained that he is looking forward to meeting the club and the fans’ expectations in future as well.

Soon to be best keeper in the world. #rememberthistweet

Wow just when you think your day couldn’t get any better, well done City.?

CLUB LEGEND IN THE MAKING