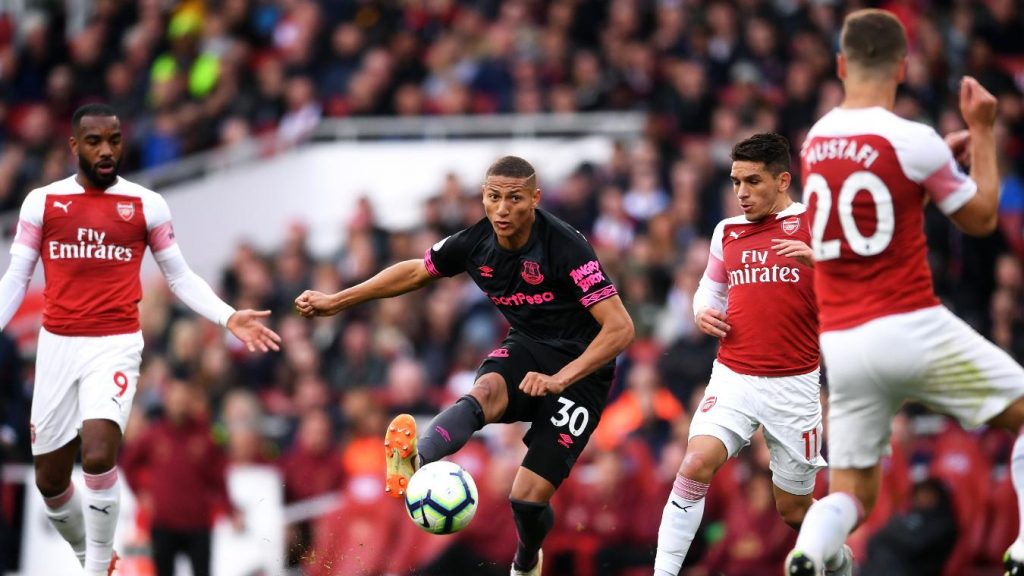 Everton crashed to a 2-0 defeat against Arsenal in the Premier League last night.

The Toffees came close to taking the lead thrice in the first half but Petr Cech did well to deny the likes of Theo Walcott and Richarlison.

The defeat leaves Everton in the 12th place after six games.

Former Everton player Don Hutchison tweeted that Everton are missing a proper striker in their side.

? mate! Very good players outside the box(crossing Was dreadful today) a proper striker would have had Everton out of sight in the first half. https://t.co/CIz0GtUxVs

He went on to recommend the Argentine striker Giovanni Simeone for Everton.

Probably can’t afford Icardi.
This kid ant prolific yet but Diego Simeone son! Grafts like you wouldn’t believe.
But then if Tosun is given the service? https://t.co/ygGt4N1eyf pic.twitter.com/AULiIMR1X6

Marco Silva’s men have struggled to score goals for a while now and it is clear that Richarlison is the only real goal threat they have.

Everton failed to replace Romelu Lukaku properly and they are still paying the price for that.

It will be interesting to see if they move for a striker in January. Tosun is not a bad player, but the Turkish forward is yet to find his scoring form in England.

Clearly, Everton cannot rely on him solely for the goals. A new striker will not only share the goalscoring burden, but he will also give Silva a much needed second option.