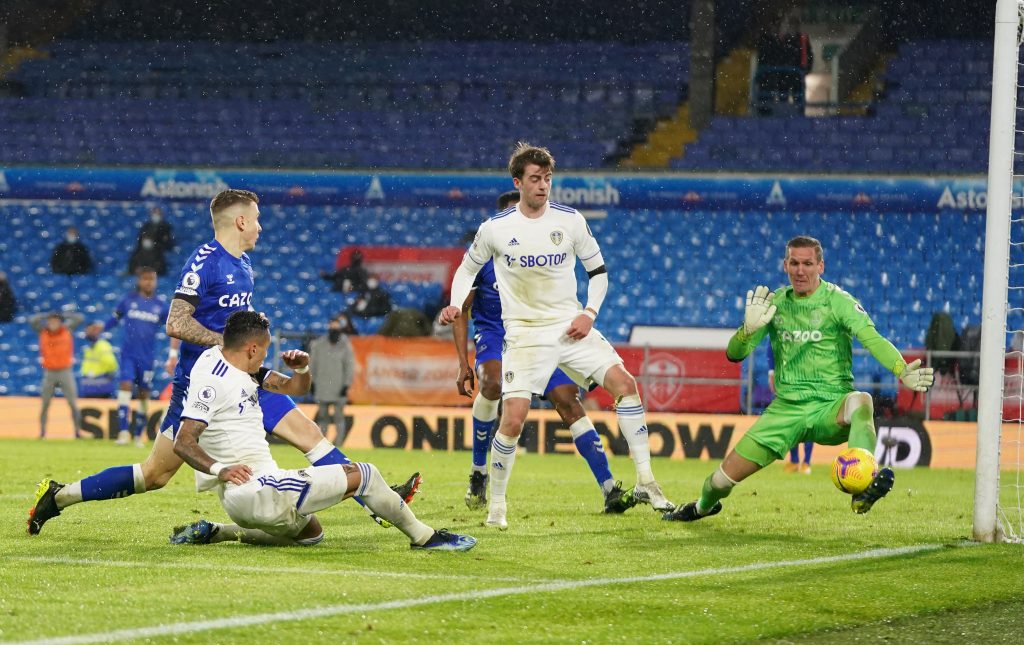 Everton battled to a thrilling 3-3 draw against Manchester United away from home in the Premier League last night.

The Toffees were 2-0 down in the first half but they managed to mount a sensational comeback against the Red Devils.

Carlo Ancelotti will be left wondering what could have been if Robin Olsen had not put in an error-prone display for the away side.

The Everton keeper was at fault for Scott McTominay’s goal in the second half. He should have kept out the midfielder’s header that put United ahead in the 70th minute.

Ancelotti has had to shuffle between Jordan Pickford and Olsen for the starting berth this season and former player Don Hutchison reckons that the Italian needs to sign a top-class goalkeeper at the end of this season.

Couple of things from this. Carlo needs to buy a top class no1 and Mason Holgate isn’t a right back.

Both Everton keepers have been unreliable this term and it remains to be seen if the Toffees decide to invest in a quality goalie this summer.

The Merseyside outfit will be hoping to secure European qualification and they cannot afford to keep dropping valuable points because of goalkeeping mistakes.

Both Pickford and Olsen are decent options to have as back-up but Everton must look to find more reliable starter next season.

The Toffees only need to look at the impact Emiliano Martinez has had at Aston Villa since his move from Arsenal.

The Argentine has completely transformed Villa’s defensive unit since his arrival and his shot-stopping has been outstanding this season.