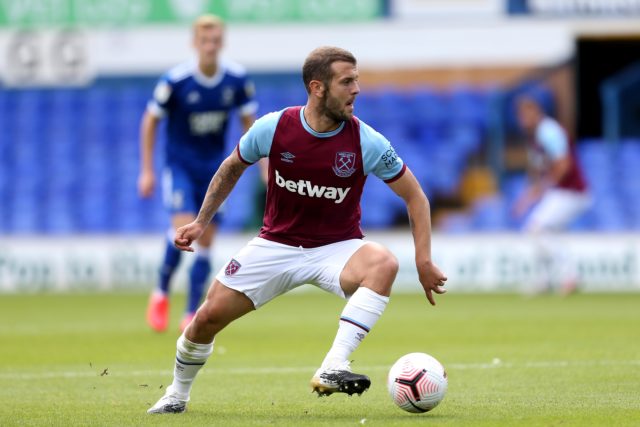 Jack Wilshere is facing an uncertain future at West Ham after an injury kept him out during the Hammers’ 3-0 win over Charlton in the Carabao Cup on Tuesday.

The 28-year-old joined the Hammers from Arsenal, signed by Manuel Pellegrini, but he has failed to make an impact at the London Stadium. He has struggled once again with his injuries and has made just six starts in the Premier League since his arrival in 2018.

When David Moyes was asked whether Wilshere will remain at the club past the end of the transfer window after the Carabao Cup win over Charlton, his response (according to Sky Sports; 22:49) was – “We’ll have to wait and see.”

Moyes added: “He rolled his ankle in training otherwise he would’ve been playing tonight [against Charlton] or certainly he’d have been around the squad. It’s the first time he’s taken a knock since his long-term injury.”

It is clear that Wilshere’s move to West Ham hasn’t worked in his favor, and the Hammers could look to offload him this summer.

The Daily Mail reported last week that the Hammers were looking to cancel the final year of his contract.

Last month, the Evening Standard claimed that the Hammers are keen to get Wilshere’s £100,000-a-week wages off their books and the midfielder believes going to the MLS could reignite his career.

The England international is open to the idea of playing in MLS. Wilshere still has one year left on his contract, and a move away from the club looks likely.