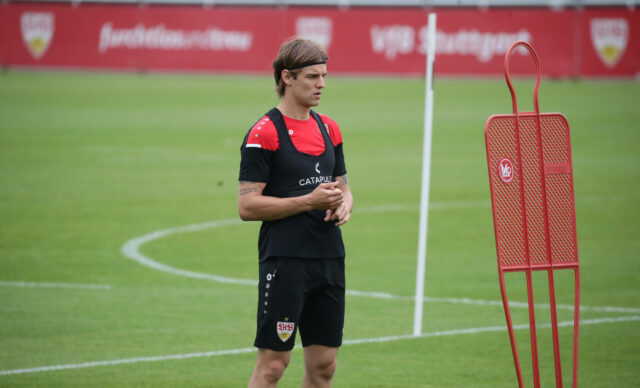 According to Croatian agent Franjo Vranjkovic, Leeds have already made a bid for the highly-rated left-back.

It has been claimed that the Whites have submitted a bid in the region of £20 million for the Stuttgart star.

However, David Anderson of The Mirror has claimed that Leeds have not made an approach to sign the 23-year-old.

From what I’m told, Leeds have not made an approach to Stuttgart for their Croatian defender Borna Sosa. #lufc

Sosa has been in terrific form for this season for the German club. He has bagged 10 assists in the Bundesliga and is being monitored by several Premier League clubs.

The Croatian agent has claimed that Sosa is particularly keen to move to England for a price in the region of £20m.

Leeds need to sign a new left-back, with Ezgjan Alioski is approaching the end of his contract and expected to leave the club this summer.

The 29-year-old has rejected an offer from the Whites, and it seems his future lies away from the club.

Stuart Dallas remains another option for Marcelo Bielsa in the left-back role.

At the moment, it seems Leeds are only showing an interest in the player and that the player’s agent is trying to drum up more interest.

Leeds are expected to finish within the top half of the Premier League table, and they should be aiming for another productive summer transfer window.