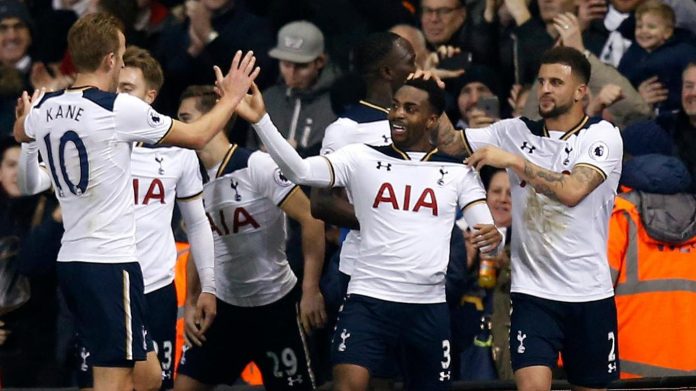 Manchester United are looking to sign a left back in January and Jose Mourinho has identified Danny Rose as a target.

As per recent reports, Manchester United are ready to submit a £50m bid for the England international.

Recently, Rose revealed that he will consider a move away from Spurs because of his ambition of winning trophies. Therefore, working with Mourinho could be attractive for him. The Portuguese is a proven winner throughout his career.

Spurs are hoping to challenge for the Premier League title this season and it will be interesting to see how they react to Manchester United’s interest. Daniel Levy will be reluctant to sell another key defender after having sanctioned Kyle Walker’s move to Manchester City earlier this season.

Meanwhile, the Red Devils managed to upset Daniel Levy in the past during the transfers of Dimitar Berbatov and Michael Carrick. The relationship between Levy and the United board isn’t exactly perfect right now and the Spurs chief might not want to do business with them again.

Mourinho has had to field the likes of Blind and Young as his left backs so far and Rose would be a massive upgrade. The Old Trafford outfit are looking to win the league this season and signing Rose would be a step in the right direction for them.

As for Spurs, if they do sell Rose to Manchester United, Pochettino should insist on a player plus cash deal involving Luke Shaw. The former Saints defender needs to move away from Old Trafford to kick-start his career and Spurs would be the ideal destination for him. Also, Shaw is a world-class talent but his progress has stalled under Mourinho. If Spurs can help him rediscover his confidence, he could be a better player than Rose in the long run.