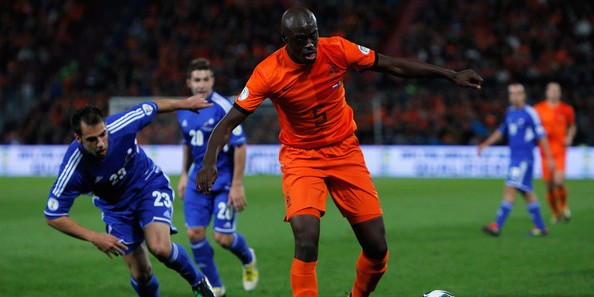 Crystal Palace are looking to improve their back four before the start of the season and Frank de Boer has looked at the Porto star Bruno Martins Indi as an ideal target.

According to The Times, the Eagles have already agreed on a deal with Porto for the Holland international but the player is yet to undergo his medical at Selhurst Park.

As per the report, Palace are willing to pay Porto around £12.5 million for the 25-year-old centre back.

Martins Indi was on loan at Stoke City last season and the Potters had the option of signing him permanently for a fee of £8.8 million. However, Stoke had to take up that option within the 1st of July.

Mark Hughes was interested in signing the Dutchman permanently but Stoke have missed their deadline to sign the player for a fixed price. If they are still interested in the player, they might have to outbid Palace now. Martins Indi did well for Stoke last season and they should have taken up the option to sign him permanently.

The Eagles were interested in signing Liverpool’s Mamadou Sakho at the start of the summer. But they have been priced out of a move. Liverpool value the Frenchman at £30 million and the Reds won’t accept a knockdown fee.

The player had agreed to personal terms with Palace as well but the fee has proven to be a major problem for the Londoners.