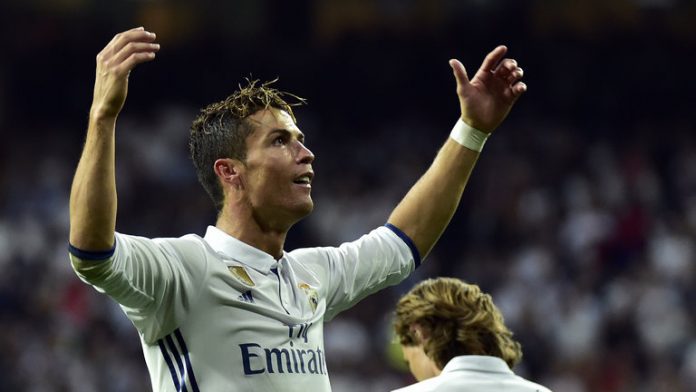 As per the reports from Spain (translated by Express), the Portuguese star has already secured a pre-contract agreement with the Red Devils and he is closing in on a summer move.

Manchester United have been linked with Ronaldo in the past as well and a return to Old Trafford would be a massive surprise this summer.

The Real Madrid star is still a very good player and his departure would weaken Los Blancos. Although Manchester United have the resources to land him, Real Madrid are unlikely to sell.

Ronaldo has bagged 44 goals in all competitions for the La Liga giants this season and he would be a massive addition to Mourinho’s squad.

The Manchester United manager will be hoping to bridge the gap with Manchester City next season and signing someone like Ronaldo would help them do just that.

The report also claims that PSG are interested in signing the Portuguese international and he could be involved in a swap deal to bring Neymar to Santiago Bernabeu.