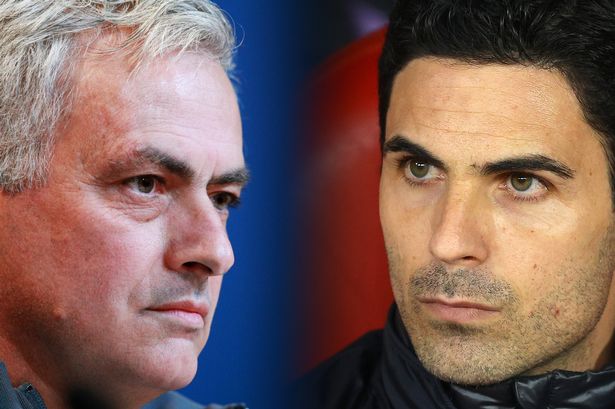 Arsenal are scheduled to host Tottenham Hotspur in the north London derby on Sunday evening.

The Gunners have experienced another difficult season in the Premier League, and they are languishing in the 10th spot at the moment with 38 points.

Spurs have also had an average campaign by their standards, but they are in a better position with three places and seven points ahead of their cross-city rivals.

The derby will be key to the top-four prospects of both teams, but the Gunners undoubtedly face a potentially must-win situation.

Chelsea, who are occupying the final Champions League spot, are 12 points ahead of Mikel Arteta’s side but have played a game more.

Both Gunners and Spurs like to play with a 4-2-3-1 formation, but we have gone with a 3-4-3 setup for our combined line-up to fit in the best players. 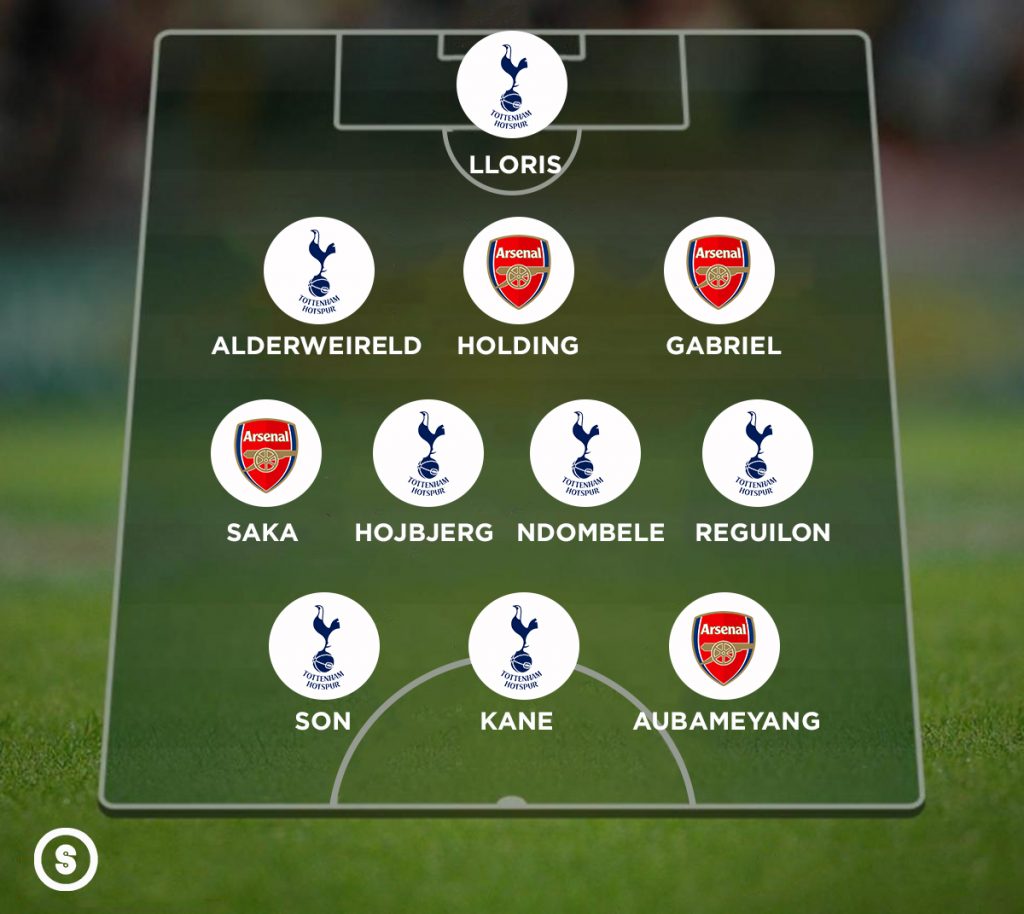 Bernd Leno and Hugo Lloris have been key players in goal for Gunners and Spurs respectively, and that has been highlighted with both managing a save percentage of more than 70.

However, Lloris has been better with both his performances and discipline. Leno has a red card to his name this term for handling the ball at Wolverhampton Wanderers.

Alderweireld has been a key figure at the heart of the Spurs defence and has been the best performing centre-back compared to Davinson Sanchez, Eric Dier and Joe Rodon.

Holding and Gabriel have stood out with some standout performances for the Gunners, and the duo have impressed with their ability to clear their lines regularly in the box.

Both players have been susceptible to occasional errors but have been the club’s best defensive pairing ahead of David Luiz and Pablo Mari.

With the vast quality of attacking talents in both teams, we have gone with Bukayo Saka on the right side of a four-man midfield.

Saka has played in different positions for the Gunners, including left-back, left wing-back and right-wing, but he still has the knack of creating chances for his teammates.

On the opposite side, Sergio Reguilon gets our pick over Kieran Tierney. Both players have earned plaudits from their respective fans this term.

Reguilon has fared slightly better than the Scot as he has taken more defensive responsibility. In league terms, he has managed twice the number of tackles as Tierney (15) and won more duels.

In the centre of the park, Spurs duo Pierre-Emile Hojbjerg and Tanguy Ndombele get the nod over the Arsenal pair of Thomas Partey and Granit Xhaka.

Hojbjerg has been one of the signings of the season, and he has excelled from the holding role with four tackles/interceptions per game.

Ndombele has played in an advanced midfield position this season, but he has also partnered Hojbjerg on occasions. Partey can dominate the proceedings on his day, but the Ghanaian has yet to find his rhythm amid regular injuries.

Xhaka has been one of the Gunners best-performing players this year, but he is prone to occasional defensive errors. He cost his club two points by gifting Burnley the equaliser last weekend.

In attack, Spurs star Harry Kane is a definite choice to lead the line with a staggering 15 goals and 13 assists from just 25 league games.

Alongside him, Heung-min Son has formed a solid partnership and has 13 goals and nine goals to his name. The South Korean gets our pick to start on the right wing.

On the opposite flank, Pierre-Emerick Aubameyang is our choice ahead of Gareth Bale. Bale has recently rediscovered his form and has four goals and two assists from his last four league appearances.

However, going with consistency, the Gunners captain makes our XI. The 31-year-old has nine goals for the league campaign, with four from his previous four outings.