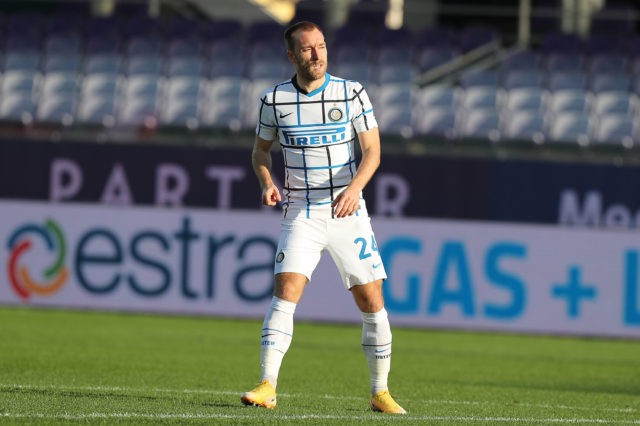 According to reports from Sky Sports, Christian Eriksen is keen to return to his former club Tottenham Hotspur from Inter Milan in the January transfer window.

The Denmark international has struggled in Italy, and he is not in Antonio Conte’s long-term plans. Inter have made him available for transfer this month, and the player reportedly wants to return to his former club.

Eriksen joined Inter for £16.9 million last January but he has been restricted to just 39 appearances. He has failed to score or register a single assist.

Many Spurs fans have taken to Twitter to express their reactions after the news broke out. Eriksen was a hero at Spurs but the manner of his departure has created a big rift between him and the fans.

However, most fans are not convinced of his potential arrival, mainly because of his performance over the last 12 months. There are some fans who feel that the club is going backwards by signing their former players (for instance Gareth Bale) who have underperformed elsewhere.

If feels like we begging for this to happen, are we desperate? It’s got the same feeling as when we got Bale. He won’t come good, we let him go for a reason as she was SHIT on the run up to when he left and he’s been stale at an inter side that have good attacking players 🤷🏾‍♂️

We need creativity plus we can get Sabitzer in the summer.

Don’t remember his best times with us, remember the last two years when he was lazy, gave the ball away constantly and had zero interest in being part of the team. This would be a huge step backwards!

Just can’t see this unless 🏴󠁧󠁢󠁥󠁮󠁧󠁿 Dele Alli goes the other way on loan and even if that happens there will be no room in the Europa League squad! 🤷🏾‍♂️

He’s not the same guy that played the cl final. 0 guts to win games.

Making the same mistake as made with Bale

According to reports from Football London, talks are ongoing between the two clubs over bringing Eriksen back to Spurs.

Inter are looking to reclaim the transfer fee they paid for him around 12 months ago. However, a loan move has also been discussed.

The Serie  A giants are asking a sizeable loan fee and their demands are said to have already put other clubs off.

Spurs already have a wealth of attacking midfield talents, but Eriksen could provide the necessary creativity they are lacking at the moment.