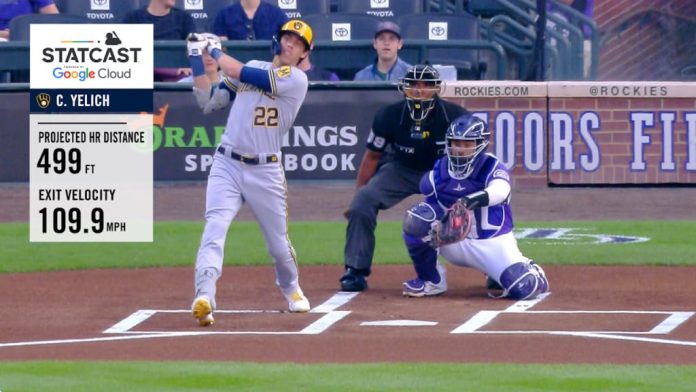 The 499-yard home run which came in a Brewers defeat to the Rockies is the third longest tracked hit since 2015 and the farthest in the MLB since 2019.

The emphatic home run came in just the fourth inning on Tuesday night, as Yelich hit Chad Khul’s pitch up into the stars with the ball eventually finding its way back down in the third deck at Coors Field.

The home run is the third longest ever tracked by Statcast (which started tracking in 2015) and is only beaten by dingers from Giancarlo Stanton (504 feet) and Nomar Mazara (505 feet).

Yelich described his mixed emotions after the game, as the Brewers dropped three places in the National League wildcard race:

“It felt pretty good, but obviously a tough night afterwards for us.

“It’s one of those ones where everything kind of lines up for you, catching a really good spot. Oddly enough, it was my first home run [at Coors Field] in nine or 10 times playing here [100 previous at-bats], so I guess if you’re gonna wait that long, make it count.” 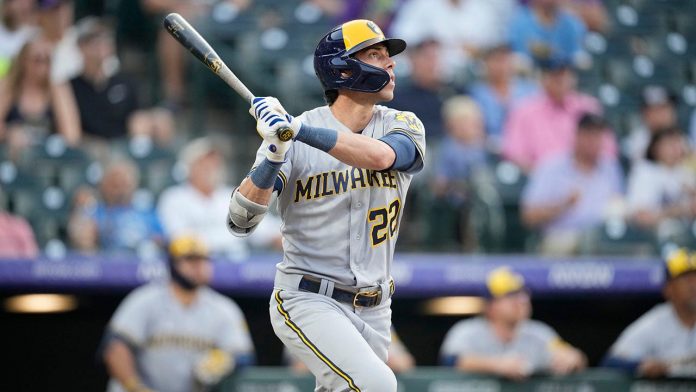 “At least give me the extra foot,” Yelich joked about just missing the 500-foot club. “It’ll be cooler tomorrow after the tough loss wears off, but yeah, we need the extra 12 inches.”

While the unbelievable strike appeared to be the catalyst for a great victory, with the Brewers enjoying a dominant opening seven innings, the Rockies had other plans for the match. The visitors blew a 6-1 lead in the eighth inning to eventually lose 10-7 to the Rockies.