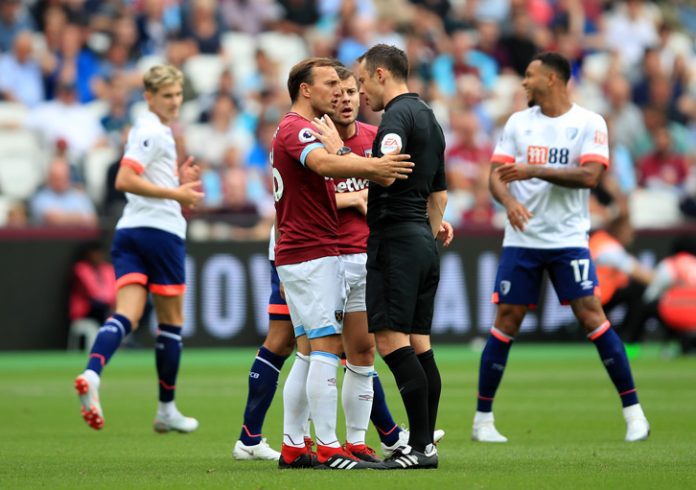 West Ham crashed to a 2-1 defeat against Bournemouth earlier today.

The Hammers went ahead in the first half thanks to a penalty from Marko Arnautovic but the Cherries fought back brilliantly to secure a stunning win.

Eddie Howe’s men got back into the game in the second half when Callum Wilson skipped past Noble, Fabian Balbuena, Pablo Zabaleta and Angelo Ogbonna to score the equaliser.

West Ham lost their opening game to Liverpool last week and the fans will be concerned with the start they have made to the start of the season.

The Hammers were very active in the market this summer and they were expected to challenge for the top eight spots.

Manuel Pellegrini will be under a lot of pressure after the backing he has received from the board.

At this moment, West Ham look like they have not improved at all. Therefore, it is hard to disagree with Sutton. It will be interesting to see if they can bounce back from this quickly.