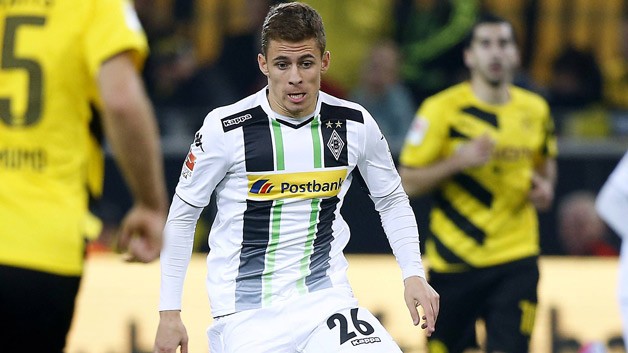 Chelsea are looking to reunite Thorgan Hazard with his siblings Eden and Kylian, according to German news outlet Bild.

The 24-year-old originally joined the blues back in 2012 from French club Lens. During his three years with the champions, he failed to make a first-team appearance and was largely sent out on loan.

It was the last of those loans to Borussia mönchengladbach that saw his career take off. After the one-year temporary deal had ended, the Bundesliga club signed the Belgian for a fee of £7.2m.

During his time in Germany, the winger has made 130 appearances, scoring 29 goals and also has 30 assists.

Reports had suggested Chelsea had a buy-back clause inserted with a fee of £13m. Although that is believed to have now expired and it’s likely to cost far more to bring the Belgian international back to Stamford Bridge.

Younger brother Kylian returned to West London last summer. The return of Thorgan could possibly be a way to appease the most famous of the three, Eden, as he negotiates a new contract.