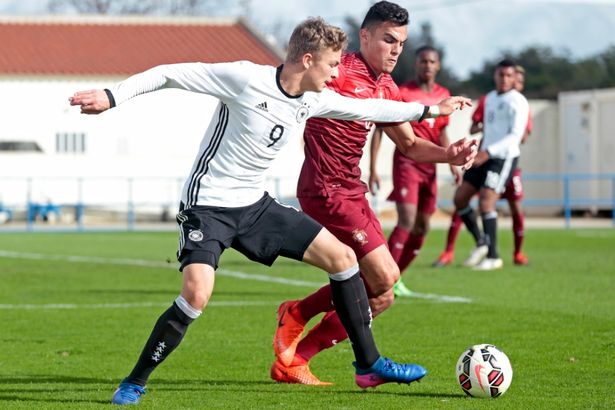 According to Daily Mirror, the Premier League leaders have been monitoring his progress over the last six months and have decided to make their move at the end of this season. The report also claims that the Blues are leading the chase for the forward.

The Germany Under-17 star has been sensational for Hamburg’s youth side this season and has scored 26 goals in 21 games. Furthermore, Arp has been outstanding in the European Under-17 Championship as well.

The prodigious young forward has already bagged two hat-tricks for his country in the competition – against Bosnia and Ireland.

The German forward has a contract at Hamburg until 2018 and it will be interesting to see whether he signs an extension with them. It is clear that Hamburg want him to stay beyond 2018 but the decision will come down to player eventually.

Recently Hamburg’s Sporting director Jens Todt said: “We want to extend with him, without if and but. We all know that he has what it takes to be a Bundesliga player – and not just since yesterday. “

The youth star was a part of Hamburg’s January training camp in Dubai and is expected to begin training with the first team this summer.

As per the report, Borussia Dortmund are interested in the player as well but Chelsea can certainly outmuscle the German side in terms of finances.