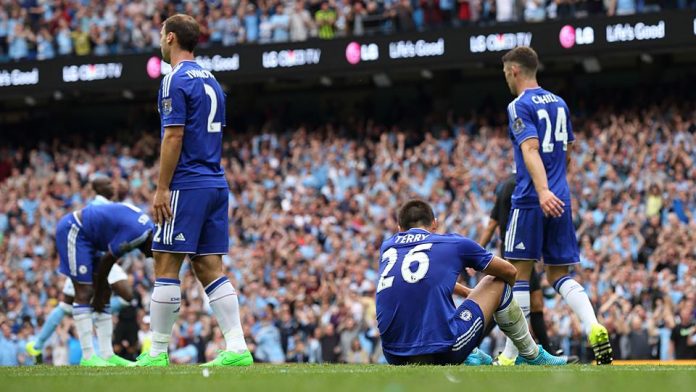 Chelsea slumped to yet another defeat as Bournemouth’s attempt to get their season on track was successful at Stamford Bridge. A late goal from Glen Murray was sufficient for the Cherries to go back with all three points, and finally move out of the relegation zone.

The Blues were actually dominant for a significant amount of time. They had a legitimate penalty appeal denied. Their loss came through a goal which was offside.

It seems as though nothing is going right for the defending champions. Whatever the reason may be, a rot seems to have set in and despite performances improving over the last few weeks, results are yet to take off.

Mourinho must feel the pressure

It has been an astonishing first half of the season for the London side. We have seen champions struggle to make a worthy defence of their title the next season, but something like this seems absolutely unfathomable.

Eden Hazard has gone 25 games without scoring, Diego Costa is now a squad player and Cesc Fabregas has looked like a shadow of himself since the start of 2015. Many can argue that Chelsea’s slump started at the beginning of this year itself, that they won the title so comfortably because they did exceptionally well in the start of last season and because of the poor competition. When signs started showing then itself, why wasn’t more done in the summer?

Fans have shown their support of Mourinho in the past few weeks but the boos that rang out at the final whistle showed that discontent is growing and doubts are beginning to arise as to whether Mourinho can get the side out of this mess.

Chelsea were denied a legitimate penalty. Had that been given and converted, things might have gone very differently. But that didn’t happen. 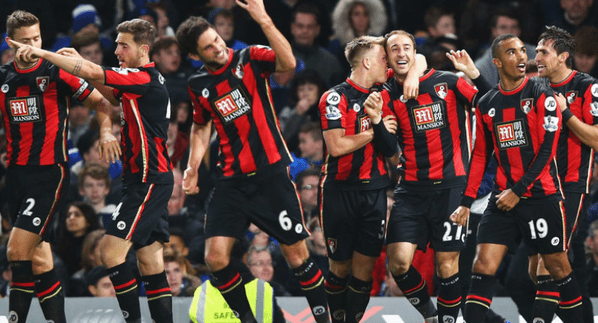 For the rest of the match, Bournemouth defended resolutely. They showed resilience and organisation at the back and weren’t just focused on the attacking side of things. Chelsea created plenty of chances throughout the game but the Cherries defence threw itself at anything and ensured they kept the score level, before making most of their first corner in the second half and scoring from that.

The goal was controversial as it appeared to be offside but football isn’t devoid of such decisions and the way they played, perhaps the visitors carved out that luck themselves.

Eddie Howe and his story did rounds at the beginning of the season. He earned the admiration of many Premier League enthusiasts but things haven’t gone too well for the side. They’ve been cursed with injuries – more than any other side – and have lost key players through those. As a result, they don’t have a threatening striker up-front. It’s remarkable that they still approach every game with the same confidence and desire. This win will be a big moment in the side’s history.