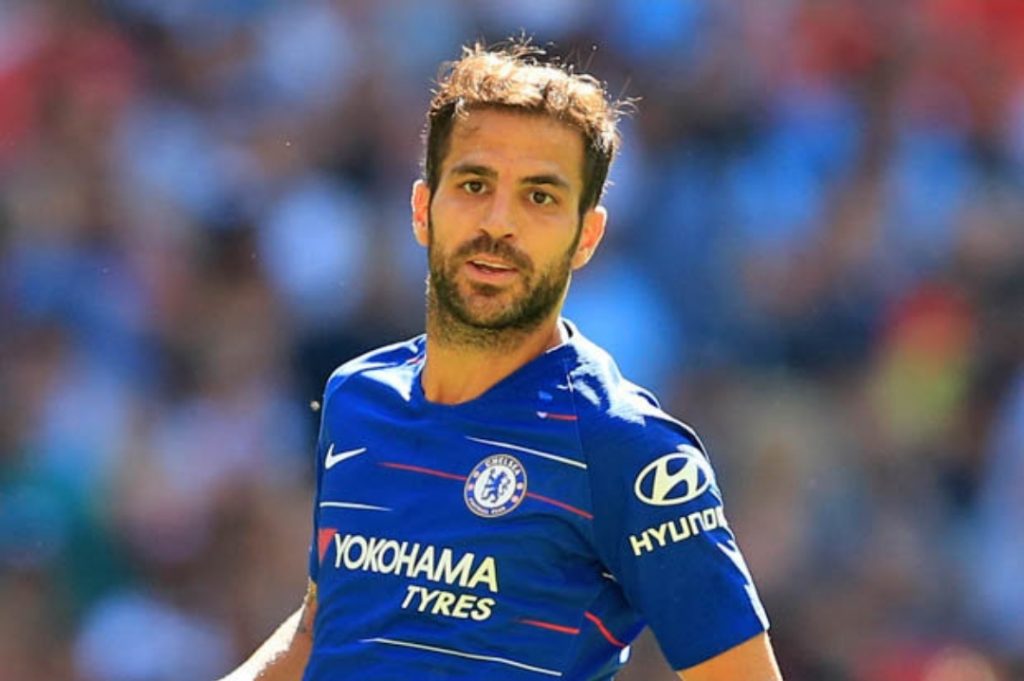 Chelsea midfield maestro Cesc Fabregas has hinted that a return to former club Arsenal is a possibility.

Talking to Marca, the Spaniard was responding to questions about his career. One such answer left no doubt that Fabregas would happily return to the club that turned him into a household name.

“Of course, Arsenal will always be in my heart and I will never forget them so why not return. You never know”

The 31-year-old has found first-team opportunities scarce under new blues boss Maurizio Sarri. Without a Premier League start, he has made a total of only four appearances.

Fabregas joined Arsenal from Barcelona in 2003 at the tender age of 16. He became a firm fans favourite in North-London, going on to make 303 appearances, winning the FA Cup in 2005.

In 2011, Fabregas made a dream move back to former club Barcelona in a complicated deal worth around £30m.

After three successful years at The Camp Nou, Fabregas made a controversial return to London.

Much to the frustration of Gunners fans, he joined rivals Chelsea. During his time at Stamford Bridge he has realised his dream of winning the Premier League title (twice), and also added the League Cup and another FA Cup to his impressive collection that also includes European Championship and World Cup winners medals at international level.

Fabregas will not be short of suitors chasing his signature when his contract expires at the end of this season.

Whether that will be Arsenal remains to be seen. It would be interesting if Arsenal fans would accept his return after what has happened since he left North-London.