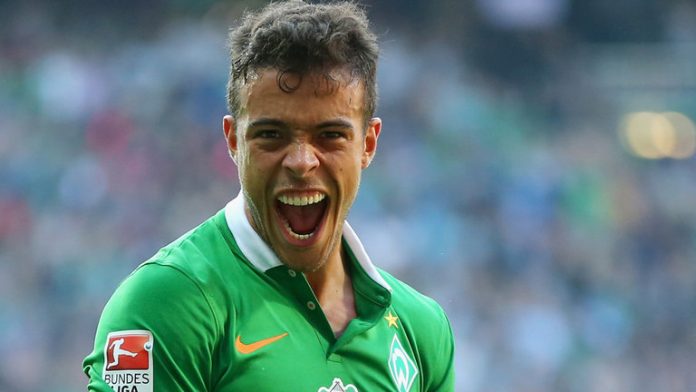 Celtic have been linked with a move for Schalke striker Franco Di Santo.

The former Wigan Athletic, Blackburn Rovers and Chelsea player struggled in the English game, but Bhoys’ boss Brendan Rodgers believes he could be successful in the Scottish Premiership.

Di Santo is being lined-up as insurance if a late bid arrives for Moussa Dembele, according to reports in Germany.

The 28-year-old has lacked an end product for most of his career, averaging just one goal every six games.

He failed to score in 16 games for Chelsea, and one goal in 24 appearances during a loan spell with Blackburn highlighted his wastefulness in front of goal.

Di Santo notched 13 goals in 92 appearances for Wigan, and he has added 29 goals in 119 games with Werder Bremen and Schalke.

Dembele has scored 40 goals in 70 appearances for Celtic and it’s difficult to imagine Di Santo getting anywhere near that level of productivity.

The 21-year-old has been tracked by Brighton & Hove Albion and numerous clubs in Europe and if he was to leave Parkhead it would be a major blow to Celtic.

However, Di Santo has often flattered to deceive during his career and Rodgers’ interest in signing him smacks of a manager looking for a cheap option rather than identifying a player who could properly replace Dembele.