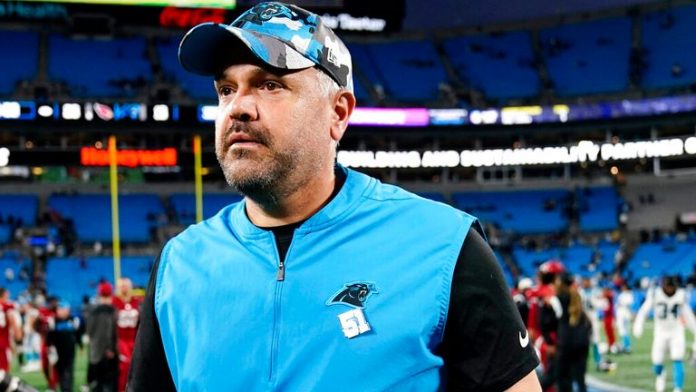 The Panthers sacked their head coach Matt Rhule on Monday morning after a 1-4 start this season, with Steve Wilks set to take over.

The Panthers 37-15 loss to the 49ers at the weekend was seemingly the last straw for Carolina boss Matt Rhule, who was sacked on Monday morning following his 1-4 start this season.

Rhule joined the Panthers in 2020 on a $62 million contract with high expectations after time coaching college football with Baylor and Temple, but the 47-year old wasn’t able to adapt to the NFL, with Rhule finishing his time in Charlotte with a 11-27 overall record.

The team announced the sacking following their loss to the 49ers at the weekend, with Panthers owner David Tepper telling the media on Monday that:

“I think that there has been progress of some sort, but look, we’re just not getting over the hump. We’ve got to get over the hump.”

Carolina’s current defensive pass game coordinator Steve Wilks is set to take over the Panthers on an interim basis, with the coach expected to take charge of his first game against the Los Angeles Rams on Sunday.