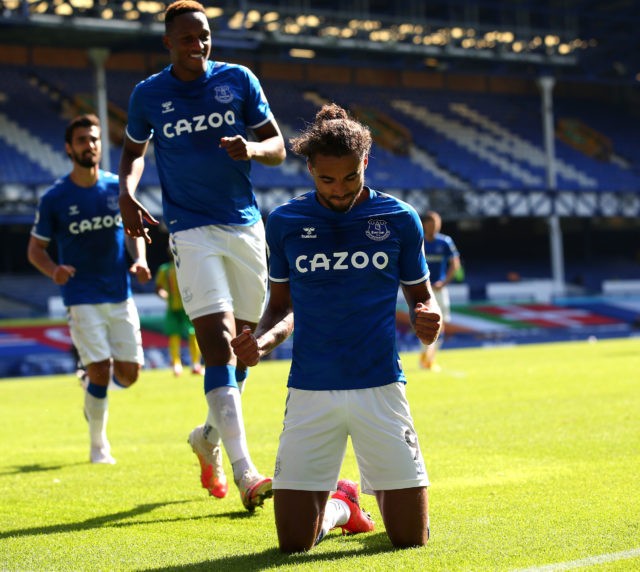 The 23-year-old striker has been completely transformed by Ancelotti, and he is now one of the key players for the Toffees.

At the start of last season, Calvert Lewin went 10 games without scoring, and it felt like he is not good enough to play for Everton. But after Ancelotti’s arrival, it has been a remarkable transformation, and the England striker is getting better and better.

Ancelotti has hailed him as a ‘fantastic’ striker after he scored his first Everton hat-trick in the Blues’ 5-2 victory over West Bromwich Albion on Saturday.

“In this moment he is using his qualities,” Ancelotti told evertontv.

“He is a fantastic, powerful striker in the box and he uses his power to be ready when the opportunity comes.

“He has more confidence, of course. He is confident within himself. He is professional on the training ground and always focused on improving. He is doing well.”

Calvert-Lewin’s burgeoning self-belief and hunger to improve have seen him making an exceptional start to the 2020/21 Premier League season, where he has netted four goals already.

The in-form attacker has flourished under Ancelotti’s leadership, having started 21 of 22 Premier League matches since his appointment. He has struck 12 goals during that period.

According to latest reports from The Sun, Premier League rivals Manchester United enquired about signing Calvert-Lewin this summer, but Everton said it would take a fee of £80m to lure him away from Goodison Park.