Branislav Ivanovic would be perfect for Crystal Palace 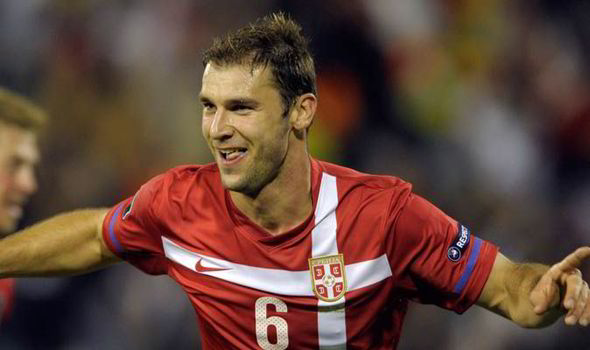 Former Chelsea hero Branislav Ivanovic is fast approaching the twilight of his career, but that does not mean he is finished at the top level.

The 34-year-old versatile defender could potentially return to the Premier League with the likes of Crystal Palace and Fulham reportedly keen on his signature.

The Daily Mail reports that La Liga giants Barcelona have identified him as a potential January target to provide cover the injured Samuel Umtiti. However, Palace and Fulham are also in the race to bring him back to the Premier League.

The former Chelsea defender enjoyed a stellar career at Chelsea and won the Premier League three times for the London club. A potential return to the Premier League could be on the cards, and he would represent a very smart signing for the Eagles.

Ivanovic has been in top form this season and has been playing a key role for Zenit St Petersburg who remain top of the Russian Premier League table.

The Serbian skipper is out of contract at the end of this season, and would be available on cheap in the January transfer window. Palace find themselves 14th in the Premier League table after a difficult start to the season.